With all due respect to the PlayStation 5 (PS5) and Xbox Series X, the next generation can wait a little bit longer. Why? Because the Nintendo Wii and Wii U are getting a new title.

The Wii has been dead for nearly a decade.

And Nintendo all but sunsetted the Wii U with the release of the Nintendo Switch and The Legend of Zelda: Breath of the Wild in 2017. Since then, some third-party titles have come to the often misunderstood console, but not much else.

Until now, that is.

Shakedown: Hawaii, an open-world action game from 2019, is getting ported to Nintendo’s two consoles.

This news comes to us via a blog post from the game’s developer, Vblank Entertainment. Here, they state the game will have all current content updates and optimizations, making for the best possible experience.

Of course, Shakedown: Hawaii will run in standard definition 4:3 on the Wii, with the Wii U running in HD 4:3 or 16:9. That version will also support nearly every controller option.

The PS5 ‘Competitor’ None of Us Ever Saw Coming

Now, you may wonder why anyone would bother releasing any game on the Wii U, much less it’s predecessor. What’s the point of porting to not one, but two nearly dead consoles?

Well, just for fun, according to Vblank. And in the age of microtransactions and shameless cash-grabs, that’s downright refreshing.

Like most of my ports, Shakedown: Hawaii on Wii began one Friday night on a whim of curiosity. Perhaps a jolt of Wii nostalgia rushed through me that evening, but I suddenly wondered… how long would it actually take to port? How would it feel to play with a Wii Remote?

I had many questions, but as soon as I held that Wii Remote and started playing, I knew I wanted to take it to the finish line. 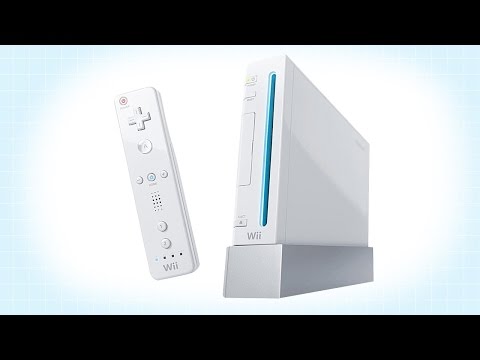 These ports certainly aren’t for profit, then. Keep in mind that the Wii first released in 2006. It has been 14 years since the console’s launch.

Unfortunately for American players, the Wii version couldn’t get ported over. They can still play on the Wii U, while European players can enjoy the game on either console.

The “new” title launches on Thursday, July 9th for Wii. Steam and Wii U versions will come this August. How’s that to “compete” against the PS5 and Xbox Series X?