As nations scramble to deal with the second wave of the pandemic, another deadly virus is spreading in Southeast Asia.

Dengue fever, which has a fatality rate of around 1% when treated, is starting to emerge mainly in Singapore.

Speaking to CNA, the NEA reportedly said that it expects the number of dengue cases in 2020 to surpass the largest outbreak in Singapore’s history.

In 2013, Singapore officially recorded 22,170 cases. With more than 11,000 cases in the first half of June alone, local authorities anticipate the number to increase sharply until October.

[The number of dengue cases is] expected to be similar to or exceed the 22,170 cases reported in 2013, the largest dengue outbreak in Singapore’s history.

Singapore already saw a 33% increase in dengue infections week-over-week. Scientists have pointed at lockdown measures to combat the pandemic as a reason for the high number of virus infections.

Data from WebMD’s Medscape shows the fatality rate of a severe form of dengue fever can reach up to 50% when left untreated. 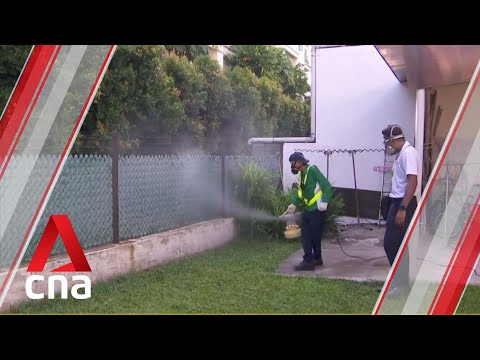 Dengue is a form of a virus that derives from a bite from a female Aedes mosquito. Spoiled water and unfavorable conditions can increase the likelihood of rising infections.

If patients can obtain adequate access to medical care to treat it, the fatality rate of the virus can drop below 1%.

Early detection of disease progression associated with severe dengue, and access to proper medical care lowers fatality rates of severe dengue to below 1%.

The problem with dengue is that there is no specific treatment or medicine. As such, in areas with limited medical accessibility and fewer hospitals, it becomes more challenging to treat the virus.

The trajectory of Singapore’s dengue outbreak comes as a shock as 2019 saw a record high number of virus infections globally.

Is it Worth Easing Lockdown Measures to Combat Dengue?

The concern of a new virus outbreak in Southeast Asia is that it may overcrowd hospitals that are already overwhelmed.

Medical staff and hospitals globally are packed in treating coronavirus cases. Countries like Brazil, the U.S., Russia, Mexico, Bangladesh, Indonesia, and Singapore are seeing a consistent increase in virus cases.

Given the continued severity of the pandemic, officials are seemingly observing the trend of the dengue outbreak and preparing additional measures to combat the virus.