For WeWork, Rent is More Important than Retention During Coronavirus Pandemic

WeWork became a $3 trillion joke last year after its failed IPO, and it is now playing the villain to its members with its inhuman rent practices. At a time when the world is locked down and incomes are low, large corporations are announcing waivers and discounts. But WeWork is being selfish by charging full rent for the office space that remains empty amid the lockdown.

It’s no secret that WeWork has struggled to raise cash as its expenses skyrocketed because of former CEO Adam Neumann’s ambitious and unrealistic growth plans. The global coronavirus pandemic put the company on a ventilator as most of its office space became vacant. The company earns money by renting office space for the short-term while holding long-term leases.

In these difficult times, when most companies and startups are struggling to stay afloat, WeWork adopted a carnivorous approach to collect cash from its members.

Rent is All That WeWork Cares About

Some startups in New York and London complained that WeWork is charging them full rent, and when they try to cancel their membership, they’re charged a penalty. Of the 12 months of the year, WeWork chose April–when the pandemic is at its height–to collect annual fees.

Compared to the parent company, WeWork India has shown some humanity by offering its members a 70% credit. But the devil is in the details.

The Indian joint venture charged its members 30% of the rent for the lockdown period to help pay salaries and keep the cash flows going. As Quartz points out, this essentially works out as a credit equivalent to 70% of existing contracts.

For example, if our space is closed for 24 days, you will get an additional 17 days free of cost at the end of your commitment term.

Now don’t get distracted by the smartly worded memo. There are no free lunches. Members will pay the entire rent for those extra days. And the 30% lockdown rent is WeWork’s crafty way of making members pay for the salaries of its employees. The co-working company will not bear any loss from the lockdown.

WeWork itself is defaulting rent

While WeWork is collecting full rent from its members, the company itself isn’t paying rent to its landlords in an effort to preserve cash. Members are losing faith in WeWork because of its me-only attitude.

What if members lose their patience and default on their rent payments or end their contracts? In such an event, WeWork will be left with no cash and a $47 billion lease obligation towards its landlords.

In a desperate attempt to survive, WeWork, which once lured landlords with long-term and fixed-cost leases, is looking to renegotiate. It’s asking landlords to reduce rent and switch fixed-cost leases to profit-sharing agreements. These acts of desperation prove WeWork’s claim that it has enough cash to survive the coronavirus crisis is false.

After WeWork’s failed IPO in September, board members ousted the company’s CEO Adam Neumann and brought in new management. The year 2020 was an inflection point for the turnaround of WeWork. But the Covid-19 crisis has put the ailing company on the back foot.

At the end of 2019, WeWork had $4.4 billion in cash. It was banking on SoftBank’s $3 billion equity capital to unlock another $6.6 billion in financing. Seeing the funding coming, WeWork thought it could withstand the Covid-19 crisis. But SoftBank withdrew its $3 billion tender offer in April, bringing WeWork’s doomsday closer.

WeWork’s Doomsday is Near

How long will WeWork’s $4.4 billion cash last? Will it see a slew of rent defaults amid the Covid-19 crisis?

An even bigger question is what will happen to the U.S. commercial property market. Like the housing bubble burst after Lehman Brothers’ collapse in 2008, will the office property bubble burst in 2020 if WeWork collapses? 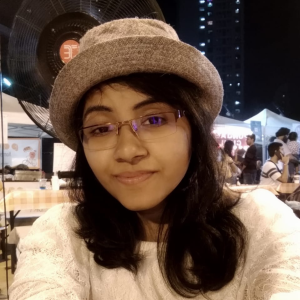 Puja Tayal
Based out of India, Puja is a tech enthusiast fascinated by the endless possibilities of AI, 5G, and autonomous cars. With an interest in technology and a background in finance, she brings a good blend of comprehensive, well-researched insights into a tech company’s working. Email: puja.tayal.143@gmail.com.
Subscribe
0 Comments
Inline Feedbacks
View all comments
← PreviousLyft Stock Is Plunging – It’s Only a Matter of Time Until Google Gobbles It Up
Next →The Real Reason Why Trump’s Plan to Reopen U.S. Economy Will Fail

Why WeWork Won’t Survive the Coronavirus Pandemic
March 27, 2020 No Comments