The Los Angeles Lakers’ 14-game road winning streak ended Tuesday night. Instead of being frustrated by a hard-fought, last-second loss, though, the Lakers were resolute in the post-game locker room.

Why? The Indiana Pacers, as Frank Vogel noted after his team’s 105-102 defeat, are a “great basketball team.”

Frank Vogel applauds his shorthanded #Lakers for giving themselves an opportunity to win against a good Pacers team.
He highlights some of the bright spots with @LakersReporter. pic.twitter.com/vrSmtNkOM2

No team in the league has flown more under the radar than the Pacers over the first two months of 2019-20. But at 19-9 with its franchise player’s long-awaited return finally on the horizon, here are five reasons why it’s time to stop sleeping on Indiana.

5. Resilience In the Face of Injury

Victor Oladipo isn’t the Pacers’ only marquee player to be sidelined in the season’s early going.

Myles Turner was absent for eight straight games in early November with a sprained right ankle. Jeremy Lamb has already missed nine games, and left Indiana’s win over the Lakers early with a right groin injury. The Pacers have played four games without Malcolm Brogdon, and two without Domantas Sabonis.

Indiana, basically, has the league’s ninth-best net rating despite being far less than full-strength all season long. As their injury luck at the top of the roster gets better, expect the Pacers to play better, too.

4. Sabonis and Turner Can Coexist

Preseason critics of Indiana doubted the ability of Sabonis and Turner to successfully coexist in the front court, and it’s not hard to see why. The league is ever reliant on speed and skill as it grows increasingly comfortable downsizing. As good as Sabonis and Turner are in a vacuum, their pairing still leaves areas to be exploited on both sides of the ball.

Regardless, Indiana’s two-headed monster on the interior has proven effective so far. Lineups featuring Sabonis and Turner have a +6.3 net rating, comfortably better than the team’s season-long mark. While they’ve struggled to score consistently with both bigs on the floor, the Pacers’ defense has been elite – and Oladipo’s addition could change everything on the other end.

The Milwaukee Bucks decided ponying up the dough for Brogdon in free agency wasn’t worth paying the luxury tax. Only the playoffs will decide whether or not they made the right choice, but Brogdon has already proven Indiana’s four-year, $85 million investment in him was well worth it.

He’s averaging 18.9 points, 4.5 rebounds, and 7.6 assists per game, career-best numbers. Making Brogdon’s play more impressive is that he’s maintained stellar efficiency while shouldering a far bigger offensive burden than at any point in his career. He’s played at an All-Star level for Indiana, and should be even better once Oladipo’s return shifts his responsibilities back to those of a secondary scorer and creator. 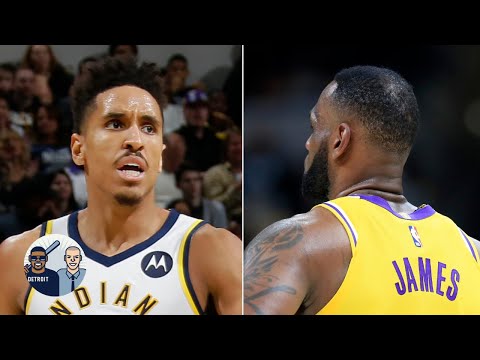 The Pacers are one of just seven teams in the league to rank above average on both sides of the floor. They’re 13th in offensive rating and seventh in defensive rating, with both marks on a steady upward trajectory since their disappointing 0-3 start to the regular season.

The best teams in the NBA can pull out victories both when their shots aren’t falling and the opposition can’t miss. Indiana has proven its worth in that regard to date, with clear room to grow offensively and defensively.

There’s still no concrete timeline for Oladipo’s 2019-20 debut. He’s already doing on-court work, though, and recently admitted he was suffering from right knee pain leading up to his season-ending quad injury last January.

Once he’s fully healthy, could Oladipo regain the level of play that earned him Third Team All-NBA honors in 2017-18? Even if he doesn’t, merely the presence of another dynamic ball handler and dogged defender will make the Pacers that much more dangerous. 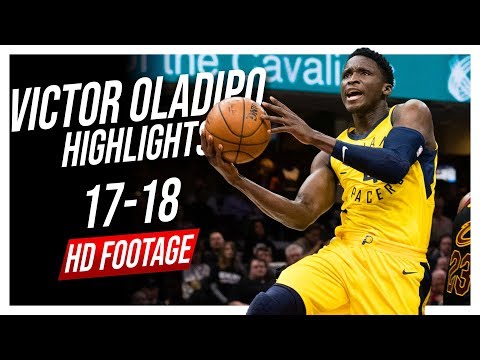 And if Oladipo reaches that exalted form, Indiana could be a darkhorse contender in the Eastern Conference.