Square Enix has announced that it is shipping copies of Final Fantasy VII Remake early in an attempt to mitigate the impact of the coronavirus pandemic on distribution channels. In a rather optimistic plea, the publisher is also asking early recipients of the game not to spoil the fun for others.

In a statement published on Twitter, Square Enix explains that it has faced ‘hard decisions’ in the lead up to the release of Final Fantasy VII Remake on Apr. 10.

The COVID-19 outbreak means the publisher is struggling to coordinate the timing of global shipping. As a result, it cannot guarantee that all players will receive a copy at launch if it adheres to the original release plan.

As a consequence, Square Enix is shipping physical copies to the European and Australian markets far earlier than usual. This will ensure players will receive the game day one. Square Enix warns that some players in these regions may receive a copy of Final Fantasy VII Remake before the worldwide street date.

Square Enix is asking those that receive the game early to avoid spoiling the game for others.

If you get the game early, please think of others and don’t spoil it for them. We know there are potential spoilers that have been out there for over two decades as the original Final Fantasy VII was released in 1997. But Final Fantasy VII Remake is a new game that still has many surprises for everyone. All our fans and players deserve to experience the game for themselves, and we ask for the support of our dedicated community around the world to ensure that. 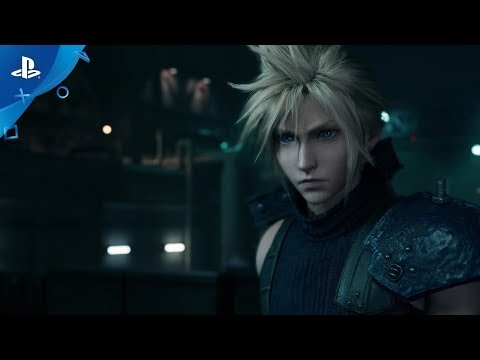 As the publisher points out, we are talking about a remake, and major plot points aren’t exactly a guarded secret. The plea feels somewhat optimistic as it will likely fall on deaf ears given the anticipation for Final Fantasy VII Remake.

As for other markets, Square Enix says copies are going out this week. The publisher is confident they will arrive on time for launch. But, also warned that unforeseen circumstances linked to the coronavirus outbreak have the potential to affect delivery dates.