FedEx Stock Gets Smoked After Warning Next Year Will Stink

FedEx stock is down 8% after-hours after the company reported earnings that missed analysts’ expectations and also guided towards lower revenue and profits for the rest of the year.

What exactly is driving FedEx’s current problems? Is it a weakening economy, the trade war with China, or competition? Let’s parse the numbers from the earnings report and see what we can determine. 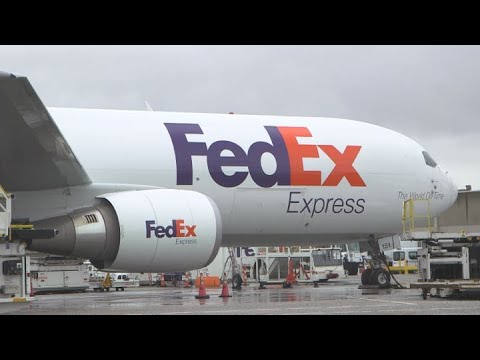 What Do the Numbers Mean?

After adjusting for one-time events, FedEx revenue was essentially flat compared to last year, coming in at $17.048 billion, down just a hair from $17.052 billion. Analysts estimated $17.06 billion.

There is no other way to interpret these results. This was not a very good quarter for FedEx.

The 3 Big Problems at FedEx

The company says that earnings were indeed impacted by the global macroeconomy, which is itself struggling because of the trade war.

There is one other factor the company mentioned. They lost a gigantic customer which was included in last year’s results and can’t even bring themselves to name that customer, which happens to be Amazon.

The company is using all of these situations as excuses to decrease its full fiscal year earnings forecast to between $10 and $12 per share.

When a company misses earnings like this and is expected to have a difficult time in the current fiscal year, there is generally some kind of upbeat message that “operations will then return to normal.”

FedEx is worrying investors, however, because they’ve added the dreaded “we are implementing cost reduction initiatives” to the earnings release language. That, along with mentions of “strategic investments” and refining its logistics, are usually signs that management is concerned about the long term.

The trade war with China has certainly had its impact on FedEx, although the market is reacting as if this was unexpected. It shouldn’t have been.

The trade war with China means that American imports are more expensive.

This is not going to be a long-term issue. At some point, the trade war is going to be resolved, and normal operations will resume. In fact, there arguably might be higher than average imports to make up for all the ones that were suspended during the trade war.

Once again, this is part of being in the global delivery business. Economies of all scales are going to have cycles. In this case, the trade war is arguably accelerating the rate at which the global economy is experiencing a slowdown.

It is not unusual for global delivery businesses to see dips in revenue when the global economy slows. This particular situation again seems to be spooking investors for all the wrong reasons.

The loss of Amazon’s business, while significant, should also not be a long-term concern.

The company reminded investors that Amazon only accounted for 1.3% of its revenue. Still, that’s about $220 million, which is almost a quarter of this quarter’s net income.

FedEx is now building out its own ground package delivery services so that it can more effectively compete with Amazon.

How FedEx Will Respond

It also appears that the company is going to increase its shipping charges on Jan. 1, 2020, lifting them by as much as 6%.

Price increases are to be expected on an annual basis. Some might say that 6% is far too aggressive a price increase, and clearly it is being done to offset its other troubles.

That might be true if inflation were only at 3%. The problem is that inflation is much closer to 6%, so a 6% increase across the board is not at all unreasonable.

The one other elephant in the room is the United States Post Office. Service has always been lousy there, and the other carriers are always picking up market share on a regular basis. Next year may be no exception.

While Amazon has been a disruptive force in terms of competitive delivery services, let’s remember that for many years Amazon boosted revenue and earnings at all of the international carriers because of the enormous amount of merchandise that was being shipped to consumers around the world.

Remember that a lot of brick-and-mortar stores moved online to compete with Amazon, which increased business for companies like FedEx.

Don’t Bet Against a Duopoly!

It seems like a mistake to bet against FedEx or UPS in the long term. This is an effective duopoly in the domestic shipping services sector. That duopoly also extends internationally, although there are other international players who do have some market share.

One of the smartest things you can do as an investor is to put money into oligopolies such as these. Limited competition is one of the biggest protections that any given company or sector can have.

All that being said, does FedEx present a compelling value at these prices?

The company earned $1.32 billion last year, or about $5.01 per share, and it is on track to double that number for this year.

Or so it appears. There is a pretty big wrinkle in regards to accounting at companies like FedEx and UPS. There are so many one-time charges, and other complicated accounting adjustments such as marking-to-market its retirement plan, that it’s difficult to peg exactly what kind of net income the company has each year.

The way I like to value FedEx is on an enterprise-value-to-cash-flow basis.

Right now that ratio sits at 12.27, which is not unreasonable for FedEx and long-term investors might want to choose it over UPS. 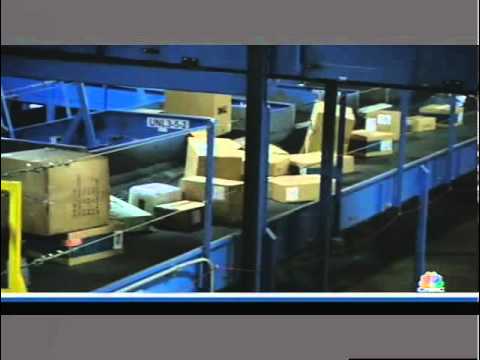 The only reason for that choice is that UPS happens to be more expensive with the same ratio sitting at 16.6.

September 24, 2020 No Comments
← PreviousBill Gates Is $16 Billion Richer in 2019 and He’s Still ‘Bullish’ on Stocks
Next →Billionaire Mark Cuban: ‘There Is No Streaming War’

The Stock Market Has a $10 Trillion Time Bomb, and FedEx May Have Just Lit the Fuse

3 Reasons Why FedEx Will Never Win Amazon’s Business Back

5 Reasons Why the U.S.-China ‘Phase 1’ Trade Deal Is a Total Sham