The company just hired Jennifer Newstead as general counsel, a lawyer widely cited as co-writer of the Patriot Act, famously granting unprecedented snooping powers to the US government.

In other words, the architect of NSA mass surveillance now has the keys to the world’s biggest store of personal data on the planet. This should terrify all of us.

Facebook promoted the lawyer that authored the Patriot Act to chief council.

This law damages our civil liberties to this very day, so it’s perfectly on brand for Facebook.

They truly have no moral compass.

Exposed by Edward Snowden in 2013, the Patriot Act allowed the National Security Agency (NSA) to harvest data and phone records from millions of Americans. It begs the question, why would Zuckerberg, who is apparently determined to improve privacy, hire someone with a background of flagrant data abuse?

Jennifer Newstead has a broad resume including roles at the Justice Department, the White House, and, most recently, the State Department as a Trump appointee.

“Jennifer is a seasoned leader whose global perspective and experience will help us fulfill our mission.”

But the press release skipped over Newstead’s involvement in the Patriot Act. By all accounts, Newstead was a major architect in the privacy-shattering legislation.

A Bush era colleague John Yoo described her as the “day-to-day manager of the Patriot Act in Congress.” Yoo also explained their working relationship: “Together, we worked on briefing Hill staff on the constitutionality of the Patriot Act.”

When appointed to the Justice Department in 2002, Newstead was praised for:

The Patriot Act: A Privacy-Shattering Legislation

The Patriot Act (or Uniting and Strengthening America by Providing Appropriate Tools Required to Intercept and Obstruct Terrorism Act, to give it its full name) was hurriedly passed in the weeks after 9/11.

In a rush to act tough on terrorism, the bill passed with only one dissenting vote in the Senate. 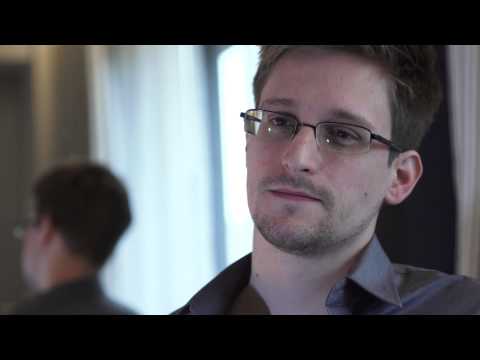 As whistleblower Edward Snowden famously revealed, the bill granted exhaustive snooping powers to the NSA. Among the most abusive powers were:

Section 215 – Allowing the government to force companies to turn over data on those suspected of terrorism. This provision allowed the NSA to gather phone records from almost every customer at companies like Verizon.

Why Newstead’s Appointment Is Scary

Newstead was one of the architects of NSA mass surveillance. She helped create abusive, invasive procedures, many of which still exist today. (And most of which never even stopped a terror threat).

Facebook itself is subject to tens of thousands of data requests as a result of the Patriot Act. In the first half of 2018 alone, Facebook received 42,466 data requests from the US authorities. In 2017, information about 45,000 Facebook accounts were requested under foreign intelligence surveillance laws.

Jennifer Newstead helped create these laws. She knows them inside out. And now she has the power to grant access or deny the US authorities access to the world’s biggest store of personal data.