FANG Stocks to Get Pummeled by Escalating DOJ Antitrust Probes

By CCN.com: How bad will things get for the FANG stocks amidst the DOJ antitrust probe?

Bad. Worse than it already has been.

I expect 30% downside for Facebook, Amazon, and Google stocks, and they will bring down Netflix and Apple. 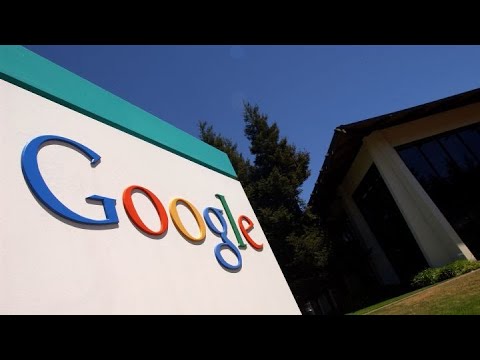 The instances of blocks, bans, shadow bans, and internal memo leaks take this well beyond coincidence.

Donald Trump knows the influence that big tech – aka the Masters of the Universe – have over public opinion, particularly during elections.

He wants to put the kibosh on this before the election cycle kicks in.

Once is a Coincidence, Twice Is a Pattern

We’ve already seen this from Donald Trump, so it actually comes as no surprise.

Donald Trump sent the DOJ antitrust division to block the AT&T-Time Warner merger. He did this for one reason: to punish CNN. The nearly-irrelevant “fake news” network has long been the primary target of Donald Trump’s scorn.

There was no reason for the DOJ to try and block the AT&T merger. The DOJ had no case, became increasingly thin as the case went on, and got destroyed in court.

Yet that did not dissuade Donald Trump. He had the DOJ press on anyway. If for no other reason, he wanted to send a message to the media.

The media didn’t get it. In fact, investors in Google, Facebook, and Twitter stocks doubled down. Now they’ll pay. 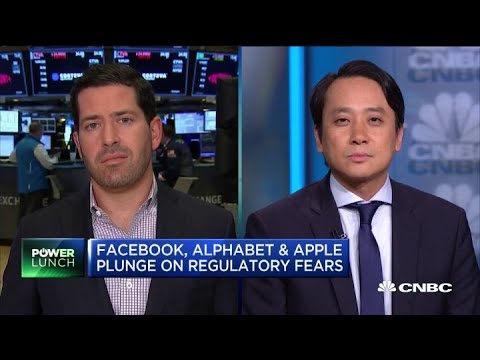 There’s a critical difference between the AT&T situation and FANG stocks. Donald Trump had to know the DOJ had no case in the AT&T matter.

The situation is very different with FANG stocks, particularly Google and Facebook stocks. There is ample evidence of bias and censorship, which is only a problem for the very reason that Google and Facebook control so much of their respective markets.

Even then, however, it doesn’t really matter. Donald Trump is after one thing: stop the censorship.

That’s why the likely end to these probes will be a settlement with the government which includes that mandate. 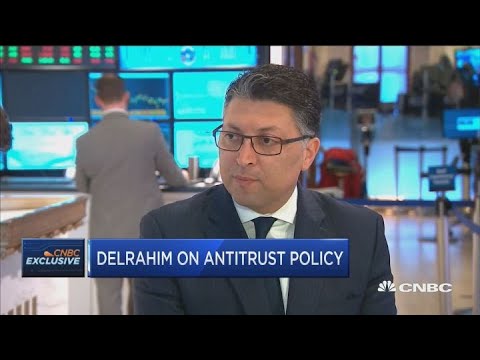 Because this matter will take a year or longer to resolve, FANG stocks will be under pressure for quite some time. Just look at what happened to Time Warner’s chart during the antitrust case. Time Warner soared to $107 on the deal announcement and then fell 20% to $86 before going out at about $95.

Donald Trump can move the market with a single tweet. Look at what’s happened when he tweets about the trade war.

There is some good news. Picking up FANG stocks at a 30% discount to today’s price will be a bargain. We’re just not there yet.

← PreviousBitcoin Will Conquer Wall Street – And Everything Else: Ex-Coinbase CTO
Next →Meteoric Dow Jones Rally is Nothing But Smoke & Mirrors