An aggrieved Fallout 76 player and bug investigator announced that he is shutting down Map76, a support platform for the game, after Bethesda closed one of his accounts.

Fallout 76 Player Claims He Was Banned for Sniffing Out Bugs

According to his statement, the publisher deactivated accounts that were used to find Fallout 76 exploits. Bethesda’s irresponsiveness compelled him to halt support for the game in retaliation.

Our accounts that we used to verify the exploit were promptly banned. We have been contacting support explaining that we are the ones who discovered and reported it, but have not gotten a response. This has been going on for weeks now. 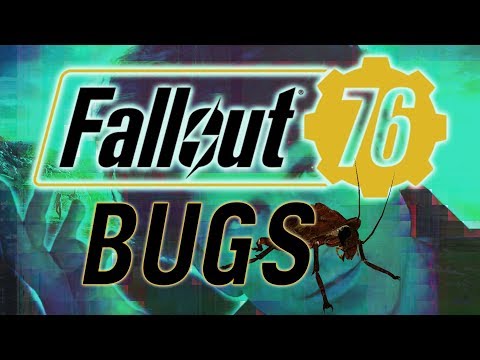 The team at Bethesda has, in the past, been forced to apologize for failing to communicate well with its Fallout 76 community members and seemingly dragging its feet on addressing major issues.

The game has been plagued by a litany of UI problems since its release. Among them are stunning bugs that have, at times, severely threatened to impact the experience.

For example, an “immortality bug” rendered some players invincible. One gamer reached out to the publisher to have his character killed after he was unable to die.

Other problems had real-world consequences. In December, the Fallout platform experienced a major error that revealed customer details to other users. Some of the leaked info included credit card data and email addresses.

Growing frustration among Fallout 76 gamers has led to a rift and the rise of two main factions.

On one side of the civil war is a group of paid subscribers who have formed a clan dubbed the “Apocalyptic Aristocracy.” The group is comprised of players that are looking to have fun without being attacked or mocked for subscribing to a game that has so many shortfalls.

On the other is an anti-subscription group. The conflict between the two sides has culminated in a class warfare debacle.

Bethesda’s Fallout 76 Is Smack Dab in the Middle of a Civil War https://t.co/FcIXTgElif

In the beginning, the situation was relatively calm. Things escalated when some players reported getting jumped by a group of characters donning fancy costumes.

There were hopes that the phenomena would be resolved after the introduction of a private server feature. It was slated to allow subscribers to play in virtual worlds with their teams, friends, or alone.

But even this feature is experiencing problems. One bug reportedly allowed intrusions into private servers, while others caused player scrap boxes to disappear.