Facebook’s stock fell 1.5 percent in after-hours trading to $199.27 on two issues that may likely portend the future of the tech giant.

There are a number of different issues facing Facebook right now. First of all, Facebook may have settled privacy issues with the Federal Trade Commission by paying a $5 billion fine, but that doesn’t mean privacy issues are no longer relevant.

California’s privacy law is going into effect, which is going to require the company to change its policies going forward.

The public relations disaster regarding privacy has impacted Facebook from a reputational angle that will show up in later quarters.

Analysts and investors are watching Facebook’s earnings, which come out on Wednesday after the bell, to see what kind of user growth there is. What kind of growth will there be with Instagram? What is happening with WhatsApp? 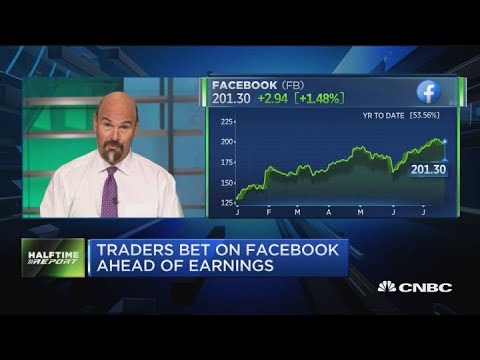 Allegedly Facebook has more than 2 billion users in the world using one of these services. Investors may be getting jittery ahead of the earnings report regarding growth across these platforms.

Facebook’s stock may also be struggling following the announcement that the Department of Justice is reportedly going to be investigating the big tech giants, including Mark Zuckerberg’s company.

This is a major maneuver by the federal government that is directly targeting Facebook, Google, and Amazon even though the companies were not named specifically.

It’s an antitrust investigation which is being launched to determine whether or not these platforms have harmed competition, harmed consumers, or stifled innovation.

Investors are notorious for sticking their heads in the sand when it comes to antitrust investigations. Nobody ever believed Microsoft would be declared a monopoly, but it was. And that resulted in a huge sell-off in the stock.

Tech Stock Is Subject to Politics

There is also no denying a political element to these investigations, and we cannot ignore political headwinds when it comes to discussing Facebook’s stock and Mark Zuckerberg.

President Donald Trump and many high-profile conservatives believe that the tech giants have been targeting conservatives for censorship and that Google has been manipulating search results so as to favor democratic ideology.

A reasonable evaluation of Facebook, Google, Amazon, and Twitter would reveal that these claims are probably truthful, and there is no question regarding these companies’ monopolistic control over their respective markets.

This gives the DOJ and its antitrust division a solid foundation on which to build a case.

Yet even if the case were not that strong, Donald Trump has already shown that he will use the power of the antitrust division to hit back at his enemies. Despite the fact that the antitrust division had a very weak case in trying to block the merger of AT&T and Time Warner, President Trump insisted that the DOJ take the case to court and go to the mat.

Nevertheless, investors may not cheer user growth or earnings growth in Wednesday’s earnings report. This could be the beginning of a long slow-motion train wreck for Facebook’s stock given all of the headwinds it is facing.

That may also prove to be true for the other FAANG stocks, which is why investors might want to consider small-cap stocks with bigger potential returns.