A Facebook mail-receiving warehouse in Menlo Park, Calif. was reportedly evacuated today after the deadly poison sarin was detected in a package. However, the substance has not yet been confirmed as sarin.

No employees were exposed to the deadly nerve agent, according to the Menlo Park Fire District. The FBI and the National Guard have been called in to investigate the matter.

Sarin is an odorless, colorless, tasteless man-made chemical nerve agent that can cause death within minutes of exposure.

In a statement, Facebook said it’s investigating the matter and noted that the suspicious substance has not yet been confirmed as sarin.

“We evacuated four buildings and are conducting a thorough investigation in coordination with local authorities. Authorities have not yet identified the substance found. As of now, three of the evacuated buildings have been cleared for re-population.”

Firefighters responded to an emergency call at a UPS building for one of Facebook’s mail-receiving facilities at 11 a.m. local time, according to local news station KTVU.

The UPS facility is a few blocks away from the main Facebook campus, where CEO Mark Zuckerberg and thousands of employees work.

Fire Chief Harold Schapelhouman said no injuries have been reported so far. Officials are currently conducting tests on the affected facility, and Facebook’s Menlo Park office is under quarantine.

Facebook runs all its mail and packages through a sensor machine that detects dangerous substances. According to the fire department, that machine alerted employees that a package might contain sarin. 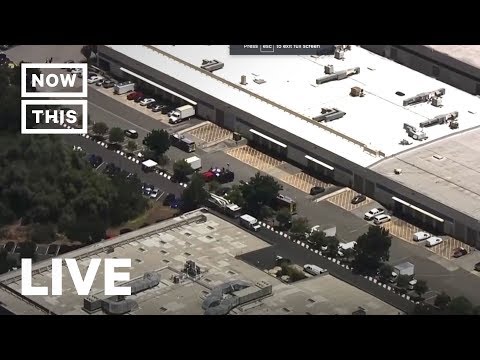 According to an ABC News reporter in Silicon Valley, the FBI and the National Guard have been called to investigate the matter.

Two Facebook employees were tested for possible chemical exposure, but have shown no symptoms, according to a fire marshal.

Fire officials say routine tests for chemicals detected the presence of sarin in a #Facebook mail facility. It’s possible that the detection is a false positive. We expect to get a briefing from @menlofire within the hour. Facebook officials have yet to comment. #ABC7Now pic.twitter.com/BcRnQePuYW

Disclosure: This is a developing news story. Check back for updates.