For a company that claims to be about people connecting with other people, Facebook’s inability to create livable working conditions for its moderators just adds to the burden. Image from Shutterstock.

By CCN.com: An exposé published at TheVerge.com revealed at least one Facebook moderation center is akin to a third world sweatshop.

This should come as no surprise given what we already know about Facebook’s company culture.

Facebook outsources moderation services to Cognizant, a publicly-held $35 billion firm that apparently does not care about its work conditions.

They include death of one worker via heart attack, filthy conditions at workstations and bathrooms, bedbug infestation, sexual harassment, verbal and physical altercations, frequent marijuana use, and a dismissive attitude from Cognizant.

“Every bit of that building was absolutely disgusting. You’d go in the bathroom and there would be period blood and poop all over the place. It smelled horrendous all the time. It’s a sweatshop in America.”

“At first it didn’t bother me — but after a while, it started taking a toll. I got to feel, like, a cloud — a darkness — over me. I started being depressed. I’m a very happy, outgoing person, and I was [becoming] withdrawn. My anxiety went up. It was hard to get through it every day. It started affecting my home life.”

This is another bit of bad optics for Facebook, as discontent with the social media giant is growing more widespread. Facebook has been hit with privacy concerns, massive numbers of fake accounts, criticism over its censorship of Conservative voices, and claims of inflated metrics regarding video engagement.

It also continues to make Mark Zuckerbook look like a soulless greedy CEO who doesn’t care.

Absolutely. This is more than just bad PR.

Eventually, Facebook will hit critical mass, and some piece of truly bad news will crush the stock. This is how corporate crises are born. Management like Zuckerberg becomes arrogant. They feel invulnerable. Then something truly big hits them and they are unprepared.

For now, Facebook is able to paper over everything with a few conciliatory words because the news cycle is so rapid that bad news quickly vanishes.

That will not last forever. Bet on it.

The Day of Reckoning Will Come

Incidents like this one just add to the pressure on the other side of the dam.

For a company that claims to be about people connecting with other people, Facebook’s inability to create livable working conditions for its moderators just adds to the burden. 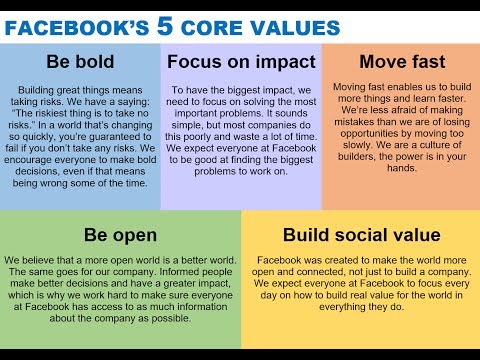 It’s only a matter of time before this all catches up to Facebook.