By CCN.com: Former CIA analyst John Gentry published a scathing attack on the alleged anti-Trump deep state, claiming American intelligence institutions have been overrun by Democrats – many of whom were handpicked by Barack Obama.

Gentry suggests that traditional safeguards to stop political weaponization of the intelligence community were bypassed by Obama during his first term. It’s illegal to ask job applicants their political affiliation when joining U.S intelligence agencies, but Gentry says Obama got around this obstacle by hiring from liberal-leaning demographic groups.

Now over 10 years later, the fruits of Obama’s labor can be seen in the swathe of senior intelligence officials who were rapidly mobilized to strike the moment Donald Trump was identified as a political threat.

Gentry, who worked at the CIA for over 12 years, said there was ample evidence to suggest American intelligence communities are biased towards the left wing of the political spectrum.

“A considerable body of evidence, much of it fragmentary, indicates that many CIA people have left-leaning political preferences, but less evidence shows that political bias influences CIA analyses.”

Gentry says less evidence suggests this bias influences CIA conclusions and analyses, but hints that it does happen, noting that “bias may have crept into CIA analyses.”

The former analyst points to the near-universal criticism of Donald Trump by retired intelligence officials during the 2016 election. Gentry notes that this is unprecedented in American history, and threatens to kill the integrity of U.S institutions. 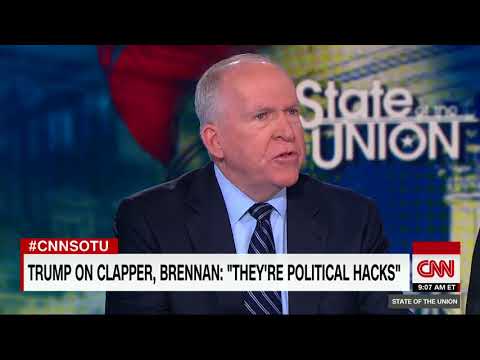 Gentry says an in-depth investigation is needed before the intelligence community loses the ability to effectively carry out its core objectives.

“The U.S. government has traditionally and wisely declined to ask its job applicants and civil service employees about their political affiliations but President Obama, especially, got around the policy by mandating hiring from demographic groups known to be generally pro-Democratic.”

The former analyst points out the ramifications this has for social programs like Affirmative Action. If a particular demographic group is already heavily swayed in one political direction, then suddenly you have an easy back door into the institutions based on a factor that no employer is allowed to question.

Gentry says intellectual diversity and political neutrality is key to the safe operation of intelligence agencies, and points to similar problems in the world of Big Tech as an analogy:

“Another avenue for exploration is the attempt by some major technology firms that have developed leftist, intolerant corporate cultures to re-introduce intellectual diversity. Thus, the challenge at the CIA, too, may be to reform how analysts think, not just how they act.”

“Do I think we have seen senior CIA officers guilty of using their positions to favor the Democratic Party? Beyond a doubt, and I’m not sure they’re all former officers.”

“[This] confirms what those of us who have been working for intelligence reform have observed on a daily basis. It will not be easy to fix this corruption of intelligence but it can begin by restricting the IC to the gathering and interpretation of foreign secrets.”

Over ten years after initially entering office, Obama’s legacy continues to be felt to this day – a legacy which threatens to completely corrupt the U.S intelligence community if left unchecked.