Buckle Up, Evictions & Foreclosures May Swamp the U.S. Housing Market

With nearly a third of Americans behind on rent and mortgage payments, foreclosures and evictions could swamp the U.S. housing market.

The U.S. housing market got some worrisome news this week. For the fourth month in a row, about one in three American households failed to make full and on-time rent or mortgage payments.

Unpaid Housing Bills Are Piling Up

As federal and local eviction bans continue to expire across the country, 32% of homeowners and tenants have fallen behind on their housing payments.

According to an Apartment List survey, 66% of tenants and 65% of homeowners with unpaid housing bills fear they’ll face eviction or foreclosure in the next six months.

They have a reason to worry. Housing insecurity is increasing for those who are struggling to keep up financially. Late and unpaid housing bills are piling up. As of the first week of August, more than 20% of Americans had an outstanding rent or mortgage balance of more than $1,000.

The authors of the survey wrote that housing insecurity will only increase in the weeks ahead:

With the recent expiration of most federal eviction and foreclosure protections and a lapse in expanded unemployment benefits, this insecurity is sure to deepen over the coming weeks.

Missed housing payments can have worse consequences for tenants. Most homeowners have access to forbearance plans that allow them to defer missed payments – potentially even to the end of their loan term – due to financial hardship.

This isn’t just a problem for renters, though. It could have implications for the entire U.S. housing market. 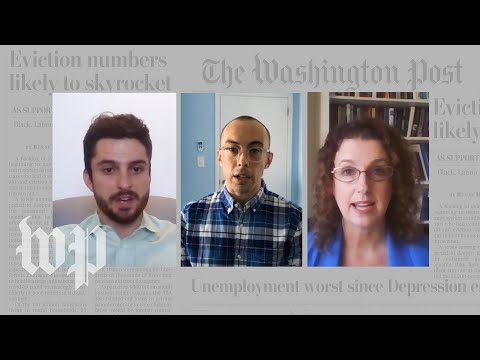 Last month, economics professor Richard Wolff warned that the U.S. could face a housing crash worse than the Great Depression. He said that mass homelessness is inevitable as tenants who are months behind on rent are evicted.

As many as 28 million Americans could be evicted from their homes by September, warns Emily Benfer, a leading expert on housing security.

Evictions are not only a threat to tenants. They’re costly for landlords too.

Given the current circumstances, landlords must decide whether an eviction makes financial sense, even if their tenants are behind on rent. With so many Americans out of work, a vacant unit can be challenging to fill, creating long periods of lost income for the owner.

More than a quarter of landlords fear they’ll face foreclosure on their rental properties.

What the Government Could Do to Prevent a Homelessness Crisis

As Congress continues to debate another round of stimulus, it’s vital that lawmakers take steps to prevent a wave of evictions and foreclosures from swamping the housing market.

It’s obvious Americans need help to catch up on their housing payments. The Apartment List survey suggests that a $2,000 stimulus check would be enough to clear the unpaid rent bills of 83% of tenants who are behind on their payments.

Video: President Donald Trump Explores Help for Renters – Will It Be Enough? 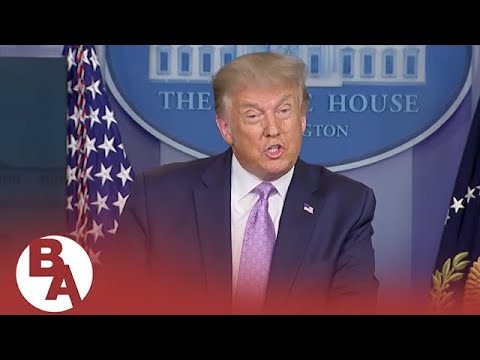 Another payment of $1,200 – similar to the one Congress approved in March – would help ease half of the country’s outstanding rent debt.

The problem is that a one-time payment would do little to solve the underlying economic crisis that is causing this problem. Housing debt will only rise again as widespread unemployment festers.

September 23, 2020 1 Comment
← PreviousWhat If Trump’s TikTok Ban Is Nothing More Than Petty Revenge?
Next →Here’s Where the Red-Hot Housing Market Is About to Plunge