We all knew the Sonic the Hedgehog movie was a bad idea from the start. Porting the antics of video game’s favorite hot-footed blue hedgehog to the silver screen felt like an incongruous clash of mediums.

Doomed From The Start

The risk of defiling a much-loved character was too significant to be worthwhile. Paramount Pictures managed to do just that before the film was even out. The world recoiled in horror at the first Sonic the Hedgehog trailer, which transformed SEGA’s emblematic mascot into something wholly unsettling – a gangling and human-toothed monstrosity. 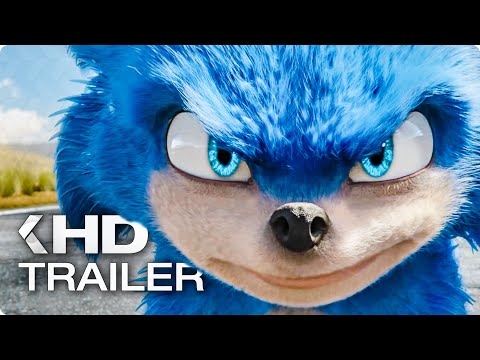 A last minute scramble saw a marked improvement in Sonic’s onscreen depiction, but the seeds of doubt were already sown. How could we trust the Sonic movie’s creators if they couldn’t even get his appearance right?

The only real saving grace to all this was the involvement of Jim Carrey. But, reviews of the movie are trickling in, and even Carrey’s genius isn’t enough to carry Sonic the Hedgehog.

Some games (or any based on track record) just aren’t for the Hollywood treatment.

Sonic the Hedgehog Review Are In

As Eurogamer puts it;

It’s not that the Sonic movie is bad, although it’s certainly not good. It’s that it was a terrible idea from the start. It’s a formulaic cut-and-paste job from a Hollywood so starved of intellectual property that it will try making a movie about any recognizable character it can get its hands on – without asking who he is or why people liked him in the first place.

Kotaku is a little more forgiving;

It’s a silly story about growing up and finding your place, which just happens to have a blue hedgehog and a mustachioed Jim Carrey. If you wanted some intense adaptation of Sonic Adventure or something more specific to the games, you won’t find it here. It’s not your movie; it’s your little brother’s. Leave expectations behind and you’ll have some fun.

Speaking about Carrey’s performance, The Guardian has this to say;

But, if this movie has an ace in the hole, it’s Jim Carrey, playing government-sponsored inventor Doctor Robotnik. Carrey gives his cartoon villain the full treatment: darting eyes, twirlable moustache, withering superiority complex, and movements so balletically exaggerated they verge on interpretive dance. He’s far more animated than Sonic. And far too good for this.

I’m glad Sonic had enough of its parts in place to get me through a viewing feeling entertained. But the only thing that would get me to recommend this film over other family-friendly options is, honestly, Jim Carrey’s performance. Nothing else in Sonic the Hedgehog feels particularly exciting, even within its specific niche of a clear “PG, not PG-13” rating.

The one wild card is Carrey, clearly revelling in the chance to revisit the self-possessed, sarcastically comic pose with which he made his name. Every so often, when the script allows, he gives ‘Sonic the Hedgehog’ the jolt of silliness it’s crying out for. But it’s not enough. Paramount famously reworked Sonic’s initially teeth-sporting look when the first trailer triggered something akin to online panic; perhaps fans should have been consulted on the script as well.

Most other reviews follow a similar refrain as they strain to find anything worthwhile beyond Jim Carrey’s take on Dr. Robotnik. Unsurprisingly, Sonic the Hedgehog is nursing a 44 MetaScore over on MetaCritic.