By CCN.com: Ethereum development studio ConsenSys is struggling financially and is now trying to raise $200 million from outside investors to stay afloat.

The fundraising drive comes just four months after the Brooklyn-based blockchain startup laid off 13% of its workforce. ConsenSys has not yet commented on the rumors, which were reported by The Information.

The layoffs at ConsenSys may not be over, since the company had initially projected that it might fire up to 60% of its staff back in December 2018.

Skeptics say ConSenSys is a cautionary tale of a blockchain startup that got caught up in the hype amid the bull market of 2017 when the bitcoin price approached a record $20,000.

As CCN.com reported, the company doubled its workforce last year to over 1,100 people while expanding into 29 countries.

CEO Joseph Lubin — whose crypto net worth at one point topped $1 billion — personally financed the expansion himself. Months later while announcing layoffs, he admitted that ConsenSys had grown too fast and become unwieldy.

At the time, Lubin said he was supremely confident that 2019 would usher in a major turnaround for ConSensys following the brutal 2018 Crypto Winter, which caused numerous startups to fold.

Lubin also slammed crypto haters who were gleefully wallowing in schadenfreude over the bear market, saying they would soon eat their words.

“We have been on the receiving end of an epic amount of conjecture and preemptive paranoia — filled with damning rhetoric about situations journalists and bloggers don’t have real data for…The future looks very bright.”

Blockchain developer Jimmy Song clapped back with a warning to his followers: “Don’t believe a word this guy says.”

Don't believe a word this guy says. Remember, he predicted dApps would take over the world by 2023 and offered a bet to me on stage and 7 months later, has *still* not finalized the bet. Words are cheap @ethereumJoseph, why don't you put some money behind that mouth of yours? https://t.co/p5r6EyD6So

Meanwhile, crypto enthusiasts are thrilled that the bitcoin price has rallied recently. And many are declaring that the bear market is officially over.

However, critics say they shouldn’t be celebrating just yet, since the bitcoin price is going to tank again and the crypto bubble is going to burst.

Peter Mallouk is the president of Kansas investment firm Creative Planning. He says bitcoin could be experiencing a “dead cat bounce” (a temporary recovery), but it’s going to “collapse” soon.

“We’re going to see cryptocurrencies collapse. It’s not a real investment. It’s speculation..You don’t want to own something that’s not going to pay you.” 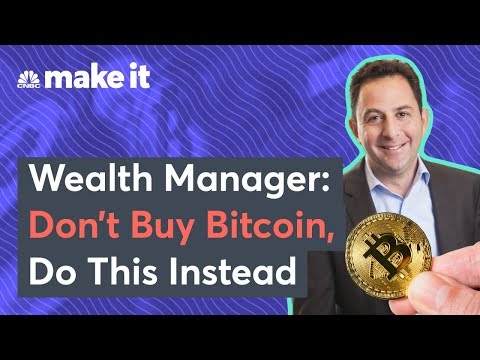 Peter Mallouk’s skepticism of cryptocurrencies isn’t new. In December 2018, Mallouk called bitcoin a “dead man walking,” and predicted that the bitcoin price will drop to zero.

“I think the bottom for bitcoin is zero, and that’s where it’s heading. Everything about bitcoin is speculation or fraud.”

Other bitcoin bulls are abandoning the crypto-sphere, citing disillusionment with the industry.