On the surface, it seems like Eric Clapton is drinking some of Van Morrison’s Kool-Aid.

Both of these way-past-their-prime legends have teamed up to create what’s being called an ‘anti-lockdown’ protest song.

But so far, none of the coverage has reliably credited Clapton with an ‘anti-lockdown’ stance. Twitter has already begun dragging the rockstar through his muddied past. And let’s be clear, some of his past statements are abhorrent.

But are Twitter users, and the media, rushing to conclusions about Clapton’s current state of mind about the pandemic?

If you google ‘Eric Clapton,’ all of the news stories you’ll see will tell you he’s releasing an ‘anti-lockdown’ song called “Stand and Deliver.” Variety, Spin, The Chicago Tribune, they’re all calling this an ‘anti-lockdown’ protest song.

And I get it; when you collaborate with Van Morrison, the reigning king of lockdown protest songs, it’s not a stretch to assume that’s what the song is about.

But we look to the media to give us factual news stories based in truth, and here’s the truth: none of these news outlets have heard this song yet. It won’t be released until December 4th.

There’s not one ‘anti-lockdown’ lyric quoted in any of these stories. The only things that are quoted are the two artists.

And Eric Clapton said nothing about protesting the lockdowns in his quotes.

The Real Aim of “Stand Up and Deliver”

He did say the lack of live events was “deeply upsetting.” Clapton did state his concern about the music industry. He did say something needs to change. But he did not say that lockdowns need to end. Check out the quote below:

There are many of us who support Van and his endeavors to save live music; he is an inspiration. We must stand up and be counted because we need to find a way out of this mess. The alternative is not worth thinking about. Live music might never recover.

That’s it, that’s the whole quote.

Clapton doesn’t appear to be so concerned with lockdowns or masks as he is with the lockdowns’ effect on live music. The proceeds from the song will go directly to Van Morrison’s Lockdown Financial Hardship Fund, which helps musicians who are facing hardships due to the pandemic.

That doesn’t sound so evil.

Of course, partnering with Van Morrison isn’t a great look. Check out his actual anti-lockdown material: 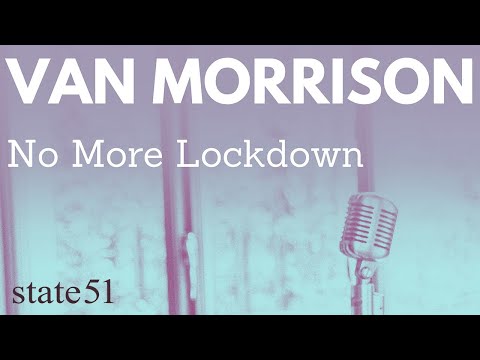 And let’s keep this 1000% clear; I’m not a fan of either musician, and I do take this pandemic seriously. I just so happen to also be a fan of the truth. And the truth is that until this song is released, we don’t really know what it’s about.

With the inflammatory headlines, it’s no surprise that Twitter was quick to try and decapitate Eric Clapton.

Many fans brought up an insane quote Clapton said over 40 years ago, in 1976. And it is a truly disgusting, racist rant. And maybe that’s enough to vaporize any benefit of the doubt I’m trying to give Eric Clapton.

Maybe Twitter is right. Maybe when someone says or does something terrible at any point in their lives, they are never to be trusted again. But in the same breath, the people we don’t cancel sometimes end up being some beacons of light for others who have strayed.

This is the diatribe making the rounds on Twitter:

There’s no defending that. It’s a categorically awful, racist statement, and he should get fully dragged for it.

But regarding the present day, Eric Clapton has merely said that the lockdowns have had a terrible effect on musicians’ livelihood. And he’s making a song to try and help them.

Maybe the song will end up being a full-on anti-lockdown battle cry. I don’t know. And neither do you. So until we actually know what we’re talking about, maybe we should stop talking.