By CCN.com: Billionaire Elon Musk joked about Warren Buffett after the Berkshire Hathaway chairman dissed his plans to launch Tesla insurance and said he’d bet against it.

At the Berkshire Hathaway annual shareholders meeting this weekend, Buffett questioned the wisdom of a Tesla insurance product, which Musk plans to launch soon.

Buffett — whose net worth tops $89 billion — says insurance is a tough racket to break into. Accordingly, he expressed skepticism that Tesla could gain traction in the competitive industry.

Buffett added: “I’d bet against any company in the auto business [getting into insurance.] I worry much more about Progressive.”

It bears pointing out that one-third of Berkshire Hathaway’s business is in insurance, including Geico, its wholly-owned subsidiary. So it’s not surprising that Buffett is talking down a potential competitor.

Elon Musk reacted to the diss by joking that Buffett secretly loves Tesla.

The hilarity erupted after Musk tweeted a link urging his followers to order the Tesla Model 3, which he says is cheaper than a Honda Accord.

Musk then followed up with a playful tweet claiming that Tesla is “also 1,000 more fun” than a Honda Accord. He joked “that’s a direct quote from Warren Buffett.”

That caused a flurry of comical replies, including funny Warren Buffett memes like the one below.

Musk — who has battled the SEC over his tweeting — then good-naturedly responded to several questions, including one asking when he plans to launch a candy company.

All jokes aside, Buffett has been critical of Elon Musk recently. In April 2019, Buffett chided Musk’s behavior as Tesla CEO, saying Musk is a “remarkable guy” but his casual tweeting is problematic.

“I think he has room for improvement, and he would say the same thing,” Buffett said. “I just don’t see the necessity to communicate [on Twitter].”

Buffett says he has only spoken to Musk once or twice and hasn’t spoken to him at all in the past seven or eight years. 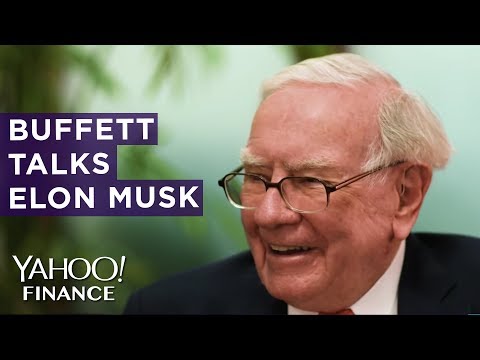 Look what Tesla’s autopilot feature is being used for: Making sex videos.

Despite his admiration for Musk personally, Warren Buffett is apparently not a fan of Tesla and does not invest in it.

Listed below are Berkshire Hathaway’s 15 biggest largest stock holdings by amount, as reported in its 13-F filing in February 2019.

One recent addition to Berkshire’s portfolio is Amazon. As CCN.com reported, Buffett confessed that he had underestimated Amazon’s enormous potential and CEO Jeff Bezos’ ruthless drive to crush all his rivals.

“I’ve been an idiot for not buying [Amazon stock sooner],” Buffett said.

Buffett says Berkshire Hathaway has been quietly buying up Amazon shares in recent months. Those purchases will show up in an SEC filing later this month.