When Elon Musk abruptly announced on Twitter that he was selling “almost all” his physical possessions – including his two Los Angeles mansions – speculation raged about what had gotten into the enigmatic billionaire.

Was it an ill-conceived joke? Another cringeworthy attempt to impress Grimes? A midlife crisis triggered by the impending birth of his son?

I still can’t decipher that bewildering tweet that cost Tesla investors $14 billion, but his decision to dump his real estate might have a surprisingly lucid explanation.

Elon Musk is playing the housing market, and it looks like he timed it perfectly. 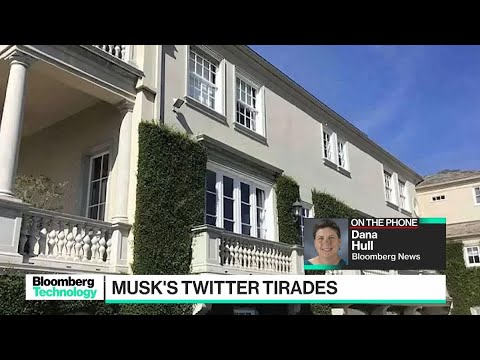 The coronavirus pandemic has created inevitable headwinds for a previously feverish housing market. And while experts don’t expect the sort of carnage the real estate sector suffered during the financial crisis, they do expect home prices to decline as the economy slides into a recession.

Just this week, Zillow economists published a report estimating that average home prices could fall as much as 4% in 2020 and flounder through an extended recovery that could take until the end of 2021.

Between Musk’s two properties – which are listed at $30 million and $9.5 million – that decline could cost Musk nearly $1.6 million.

That might not seem like much for a man worth $38.5 billion, but when you’re on record claiming your biggest asset is overvalued, every penny counts.

That’s especially true since housing economists believe that price declines will be steeper in the high-end market.

“It’s virtually impossible for something like this not to severely impact every facet of the luxury sector of the housing market,” Johnathan J. Miller, the president of real estate appraisal and consulting company Samuel Miller, told the Washington Post this week. “And the longer this goes on the longer it will take to see anything resembling a recovery.”

And Musk’s homes – both of which overlook the Bel-Air Country Club golf course – are firmly in the luxury market. The first, a palatial 16,251 square foot estate, is listed at $30 million.

If Musk does hope to get a combined $39.5 million for his two properties – a full $13 million above their Zillow “Zestimate” values – he picked the right time to do it.

May & June Are the Housing Market’s Hottest Months

A new report from ATTOM Data Solutions reveals that May and June are the best months to sell a home. This is when the most house-hunters are on the prowl, and sellers net average premiums as large as 10% over market value.

[S]ales price data going back almost a decade shows that transactions completed in May, June and July typically net 7 percent to 10 percent over market value…. That’s a nice markup compared to other times of the year.

Of course, the fallout from coronavirus means that this year’s housing market is anything but typical. While demand has been surprisingly-resilient, there’s no ignoring the recent year-over-year declines in both mortgage applications and home sales.

But that isn’t just because demand has declined or because prospective homebuyers have put their plans on hold. New listings have fallen, and many existing homes have been taken off the market unsold.

That trend is most pronounced in the luxury segment, which makes this the perfect time for Elon Musk to list his two homes for sale.

Between mid-March and mid-April, the number of homes for sale listed at $1 million or more actually experienced a net 1% decrease as sellers yanked their homes off the market unsold.

There are only so many buyers who can afford the estimated $148,759 monthly mortgage payment that will come with Musk’s $30 million Bel Air estate, so listing his homes now allows him to take advantage of the sudden dearth in competition.

It may only be a matter of time before Prince Harry and Meghan Markle schedule a showing.