By CCN.com: Elon Musk and Tesla are betting big on self-driving cars. Musk’s critics, however, believe that his hatred for lidar (light detection and ranging) technology is misguided considering that these sensors are crucial to autonomous cars.

Musk believes that the stock can soar to unseen heights once his grand plan to update Tesla cars with autonomous driving capabilities is set in motion. But the billionaire’s dream has received one setback after the other, as the autopilot system on Tesla cars has failed to deliver at times when it should have.

Critics of Tesla’s autopilot system believe that Elon Musk’s rejection of lidar technology is one of the main reasons why his self-driving system falls short. The South African billionaire has not held back punches when bashing lidar technology.

But the consistent failure of Tesla cars and the stock’s resulting drop has given enough fodder for critics punch back at Musk.

Lidar technology helps autonomous cars create a 3-D replica of the road ahead. A lidar emits laser beams that bounce off objects such as buildings, trees, and other cars in the vehicle’s field of view, allowing the car to measure the distance from the object. 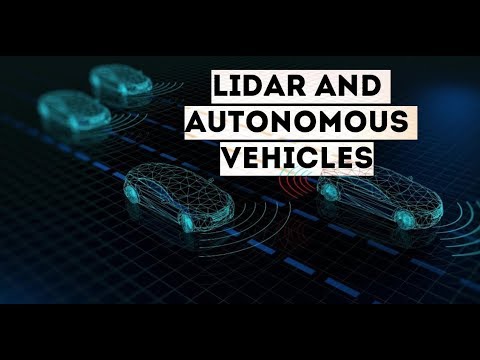 “Lidar is a fool’s errand, and anyone relying on lidar is doomed.”

Tesla’s autopilot system currently uses video cameras and radar technology, and Musk is unlikely to include lidar in the future given his stance on the same. But lidar specialists believe that Musk is committing a grave mistake by not just ignoring lidar but bashing this technology as well.

“Elon did not mince his words; I will not mince mine: An autonomous vehicle with only radar and video is irresponsible with people’s lives.”

Eldada is not the only one who believes that Musk is making a mistake. Marta Hall, president and chief business development officer of leading lidar supplier Velodyne, is quoted as saying:

“Without lidar, the system is missing crucial 3-D vision, with 3-D data points for collision avoidance and advanced autonomous navigation. Musk brought us innovation, but not quality when it comes to safety.”

Tesla’s autopilot system is not bulletproof. The system was reportedly engaged before three fatal Tesla crashes, which means that autopilot failed to act responsibly when it should have.

$TESLA $TSLA so essentially all these crashes due to the #autopilot makes the humans the ultimate "crash test dummies" for Tesla to study from huh 🤔😖📉🚘… $XTN $SPY #Tragic
Tesla on autopilot crashed when driver's hands were not on the wheel – CNN https://t.co/uUrr3jQkkh

In a poor defense of its self-driving capabilities, Tesla itself clarified that its autopilot needs babysitting. saying in a statement:

“Tesla drivers have logged more than one billion miles with autopilot engaged, and our data shows that, when used properly by an attentive driver who is prepared to take control at all times, drivers supported by Autopilot are safer than those operating without assistance.”

But this is a way of putting a positive spin on a flaw, as Tesla’s efforts to update its self-driving software have come up short of expectations.

Consumer Reports recently tested Tesla’s updated Navigate on Autopilot software, which is supposed to allow the car to automatically change lanes without any human input. However, the system didn’t pass muster in Consumer Reports’ review.

Musk has decided he doesn’t need to include critical lidar technology to improve his self-driving system, and his dislike for this tech could lead to more fatalities.