By CCN.com: Tesla CEO Elon Musk is bringing home the bacon. So much bacon that his peers will have to settle for the scraps. According to the latest New York Times compensation report, Musk was the highest paid chief executive of 2018. And it wasn’t even close.

The polarizing entrepreneur pulled in a whopping $2.3 billion last year, overshadowing the next 65 contestants combined.

Chief executives on the list received a median pay increase of 16.4% in 2018, up from around 9% in 2016. The CEO pay ratio has also slightly increased as the median employee gets paid almost 277 times less than their top management counterpart.

Elon Musk’s compensation package, meanwhile, ballooned an unbelievable 4.6 million percent in 2018. He made 40,668 times the median Tesla employee salary of $56,163.

Musk’s compensation package is largely tied to performance goals. The only trouble is that a large portion of it is linked to Tesla stock options. Shareholders approved a massive 10-year compensation package for the CEO back in March. Musk, however, must continue to hit certain milestones over the next ten years if he wants to cash in on the deal. 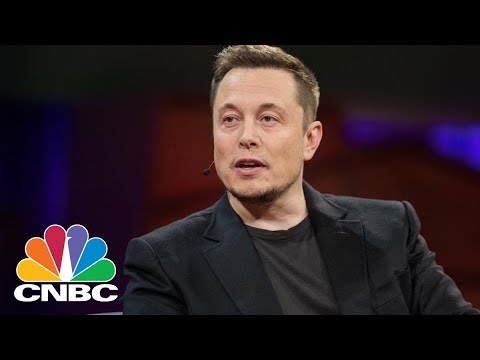 With indices at lofty levels and a horrendous Tesla stock price chart, the embattled EV leader may be more than just a little worried. He owns plenty of Tesla shares already (approximately 20%). Paper profits are, after all, meaningless until banked.

Tesla is Bleeding Cash at an Unbelievable Pace

The company’s stock price isn’t the only thing that’s swirling in the crapper. The electric motor company is bleeding cash out of every orifice. Its future success (or failure) appears to lie with the Model 3, a lower-priced sedan the company is hoping to push into the hands of the general public.

The trouble is, Tesla will need to sell them in large numbers. And sell them fast. The company has a terrible reputation for meeting its sales and production goals, a trend that can also now be seen with the Model 3.

Tesla reported losses close to $700 million for the first quarter of this year. It still has cash reserves of $2.2 billion, but the margin for error continues to shrink. At the company’s earnings, call Musk responded to shareholders and analysts alike as they probed him on the need to raise more capital:

“I don’t think raising capital should be a substitute for making the company operate more effectively. So that in that sense, I think it’s just, it’s important to have strong financial discipline of the company and just to make sure we don’t have extraneous expenses and we’re just being frugal with capital.”

That’s a fitting statement. One the board should probably revert to when considering such an outrageous pay scheme.

And possibly for the CEO’s salary too.