Billionaires Elon Musk and Jeff Bezos are taking their feud to a galaxy far, far away — this time, into space. In his latest salvo, Musk called Bezos a copycat amid news that the Amazon CEO plans to launch 3,200 satellites into space.

Musk — the founder of space exploration company SpaceX — reacted by tweeting: “Jeff Bezos copy 🐈.” Musk made sure to tag Bezos on his catty smack-down.

Bezos’ venture is called Project Kuiper, and its goal is to provide high-speed Internet service to millions of people in underprivileged communities. Bezos revealed his plans in federal filings last month.

Launching a constellation of satellites to provide broadband access to under-served communities is something Musk did in 2018 — when SpaceX launched Starlink, which involves nearly 12,000 satellites.

SpaceX submitted its regulatory filings for the project back in 2017.

Musk allegedly does not react well to employee disloyalty. As CCN.com reported, an ex-employee accused Musk of yelling at and pushing him when he returned to Tesla’s delivery hub a day after resigning.

However, Tesla human resources investigated the incident and found no evidence of a physical altercation.

Musk to Bezos: I Launched My Rocket Before You Did

The feud between Musk and Bezos is years in the making. Musk founded SpaceX in 2002 to make space travel accessible to everyday people and to colonize Mars.

In 2015, when Bezos bragged about Blue Origin’s successful rocket launch, Musk snarked back on Twitter. Musk gleefully pointed out that his company had done the same thing — three years earlier.

“SpaceX Grasshopper rocket did 6 suborbital flights 3 years ago and is still around.”

However, SpaceX has recently been dogged by financial problems. In January 2019, SpaceX laid off 10% of its 6,000-employee workforce as part of a move to streamline costs.

At the time, SpaceX noted that it took the action due to the “extraordinarily difficult challenges ahead,” but did not elaborate further.

While Jeff Bezos doesn’t engage in Twitter beefs like Musk does, he probably won’t take the snide disses lying down.

As CCN.com reported, Bezos’ Whole Foods subsidiary is so determined to destroy rival Walmart that it recently slashed prices on over 500 grocery items.

Insiders say that if Walmart responds by cutting prices in retaliation, Whole Foods will undercut them further because Amazon refuses to be “beat on price.”

Meanwhile, Elon Musk is fighting to hang on to his post as Tesla CEO amid his nasty, ongoing clashes with the Securities and Exchange Commission.

Last week, Musk won an early round when Judge Alison Nathan refused to hold him in contempt of an SEC consent order.

In fact, Judge Nathan did not even rule on the SEC’s contempt motion. Rather, she ordered the SEC and Musk to “take a deep breath, put on your reasonableness pants” and settle their differences out of court.

The Tesla boss said he’s confident they can work out their differences — not before issuing a statement noting that Judge Nathan agreed with him.

“I have great respect for Judge Nathan, and I’m pleased with her decision. The tweet in question was true, immaterial to shareholders, and in no way a violation of my agreement with the SEC.”

“We have always felt that we should be able to work through any disagreements directly with the SEC, rather than prematurely rushing to court. That is exactly what Judge Nathan instructed.” 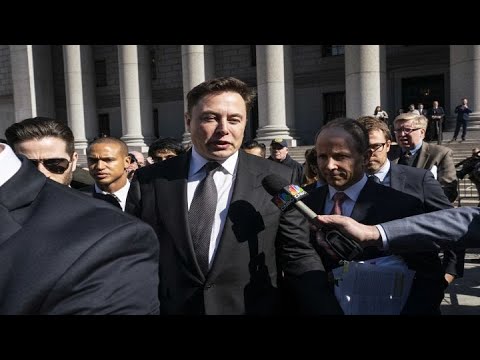