By CCN.com: Elon Musk has had enough of people criticizing Tesla. Targeting the Wall Street Journal, the Tesla boss fired a shot across the bow with an amusing “rebranding” campaign he is starting on Twitter, labeling the publication and columnist Holman Jenkins as sock puppets for “big-oil.”

Please support my campaign to rebrand @WSJ as 🧦 emoji!

For a creative genius like Musk, it seems odd to see the Trump-style epithets being used to describe a perceived adversary.

President Trump is infamous for dreaming up insults such as “Crooked Hilary,” “Lyin’ Ted,” and “Pocahontas.” Elon Musk is now using a similar tactic to fight what he believes is an unfair barrage of negative coverage by the financial publication. It is probably no coincidence that these tweets came shortly before the Wall Street Journal published a less-than-glowing article on Tesla.

Elon Musk’s governance style is predominantly designed to draw attention to his brands. He is erratic, bombastic, and alternative. Even without his performance on Joe Rogan, Musk has provided a plethora of examples from which to choose. Tesla is a Nasdaq-listed company. For the CEO to use Twitter to communicate with shareholders is about as unusual as a U.S. president turning to the social media platform to craft a message.

If you capture the public’s attention, the media will write about you. This is a fact. Interest is the lifeblood of journalism. What Musk is doing is fighting fire with fire and using his platform to combat the coverage of undeniably adverse developments for Tesla. He is also using “big-oil,” the archnemesis of the electric car enthusiast, to trigger his support base like Donald Trump uses “socialism” to trigger conservatives.

There is no question that oil companies get a pass on media coverage. We don’t see as many stories about spills and explosions as is probably warranted. The reality is that Tesla is just a more entertaining and traffic-rich company to explore. The fact that opinions are so polarized between outraged and enthusiastic only helps traffic.

There is no doubt that Musk is trying to play the puppet-master here. The Tesla chief is fully aware that he makes bold claims that very often do not materialize. Whether it’s the delivery of existing models, production of new vehicles, or the development of infrastructure, things often go awry. Bold claims are unusual among typically guarded public CEOs. The Wall Street Journal can’t refuse the low-hanging fruit.

Big Oil Loves Cars of All Shapes and Sizes 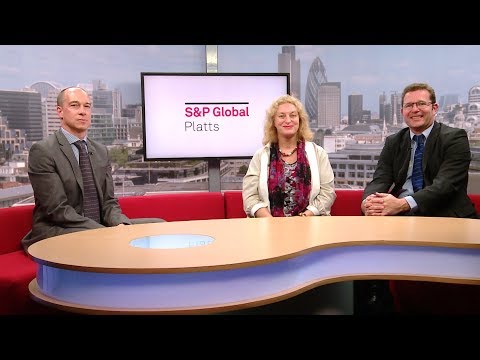 Moreover, the oil vs. electric vehicle argument seems a bit redundant given that most automakers are investing heavily in EV technology. Tesla is an established brand and large energy companies are diversifying into alternatives. It’s not like electric vehicles are completely fossil fuel-free; Tesla uses rubber tires, metal, and plastic last time I checked.

Elon Musk still bears the scars from when no one believed in him, and it shows during times of high stress for Tesla. Musk, who is also the boss at SpaceX, uses Twitter for catharsis. Don’t take it too seriously.