Tesla’s long-promised $35,000 Model 3 is finally here – along with bad news for the firm’s sales and marketing staff, according to the carmaker’s CEO Elon Musk.

In an email that Musk sent to employees, the Tesla chief disclosed the company’s decision to move all sales online. Consequently, the electric carmaker will shutter many brick and mortar stores making some employees redundant, CNBC reports. This was driven largely by consumer trends, according to Musk:

Last year, 78% of all Model 3 orders were placed online, rather than in a store, and 82% of customers bought their Model 3 without ever having taken a test drive.

Tesla estimates that moving sales online will allow the automaker to reduce all car prices by around 6% on average. But Tesla is also expected to hire more service technicians and this could eat into the cost savings, per MarketWatch. 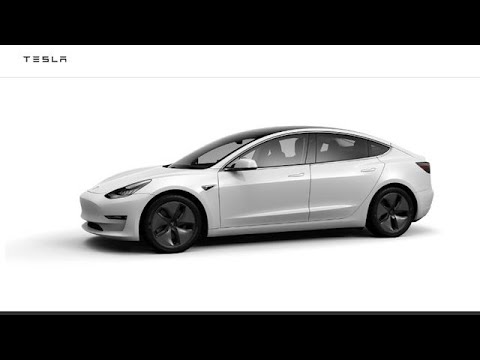 Will the Layoffs at Tesla After $35,000 Model 3 Launch Hurt Employee Morale?

In the email sent to employees, Musk called the planned layoffs a ‘hard decision’. While the prospect of losing a paycheck is a painful one for anybody, among tech firms Tesla employees are the most worried about this possibility. This is according to a survey conducted by Blind, a workplace app.

Per the results of the survey which were released last month, 77.22% of the firm’s employees feared losing their jobs. This contrasted sharply with Google employees where only 10.76% were worried about layoffs.

Is Aggressive Cost-cutting Hurting the Quality of Tesla’s Vehicles?

This is not the first time that Tesla is conducting layoffs this year. In January, Tesla announced that it would be laying off over 3,000 workers in the U.S. This was about 7% of its U.S. workforce.

Is Elon Musk Losing it? Laying Off 3,000 American Workers to Build a Gigafactory in China, & Tesla’s Enormous $1 B https://t.co/YvVzXBlUmZ

Last year in June, Tesla also announced that it would be cutting 9% of its workforce in a reorganization effort.

Difficult, but necessary Tesla reorg underway. My email to the company has already leaked to media. Here it is unfiltered: pic.twitter.com/4LToWoxScx

These cost-cutting efforts have raised concerns that the quality of its products is being affected. Last month, the Model 3 lost the recommendation of nonprofit product review publication Consumer Reports over reliability issues. According to a survey conducted by Consumer Reports there had been numerous issues identified specifically the paintwork, electronics and trim:

Consumer Reports can no longer recommend the newest Tesla—the Model 3 electric sedan—because members say they’ve identified a number of problems with their cars, including issues with its body hardware, as well as paint and trim.

Model 3 Most Satisfying Car Despite the Reliability Issues

Dropping the recommendation came just weeks after Consumer Reports had named the Model 3 as the most satisfying car. According to Consumer Reports’ auto testing director, this contradiction of sorts could be due to the strong brand affinity Tesla enjoys:

In most cases, reliability issues will undermine satisfaction. But when a vehicle has an enthusiastic following, like with Tesla, owners may overlook some issues. We’ve seen this with other vehicles such as the Jeep Wrangler and Chevrolet Corvette.

While this brand affinity is indeed good to have, Tesla can’t afford to take its customers for granted.