If anyone has a more rabidly devoted fan base than 2020 presidential candidate Andrew Yang, it might be Ellen DeGeneres. She recently had Yang on her show to explain himself after noticing a pattern of stealing her ideas.

That includes Yang giving away money to his supporters to promote universal basic income, as well as dispensing whipped cream directly into a kneeling supporter’s mouth. 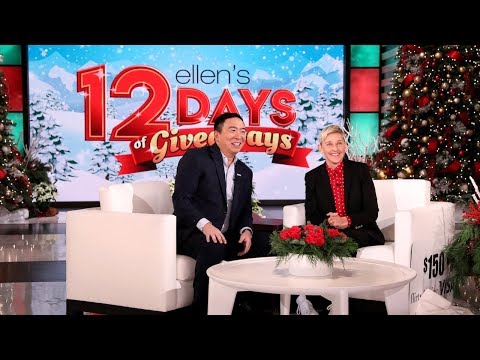 Ellen Says ‘The Freedom Dividend’ Was Her Idea

Ellen told her live audience giving away money was her idea first:

One of the candidates has been stealing my bits. I’m talking about Andrew Yang. Look what he’s been doing. Last spring I decided to give everyone in my audience free money. And then at the first debate, he announced he wants to give everybody free money. That was my idea, Yang.

She also points out she did the whipped cream thing a week before Yang:

And demanded an explanation:

I’m onto you Yang. So if you’re watching this, I would like an explanation.

If Ellen ever skateboards on her show, Yang will have to drop by again to ask why she’s stealing his ideas. Yang just likes to have fun with his supporters. 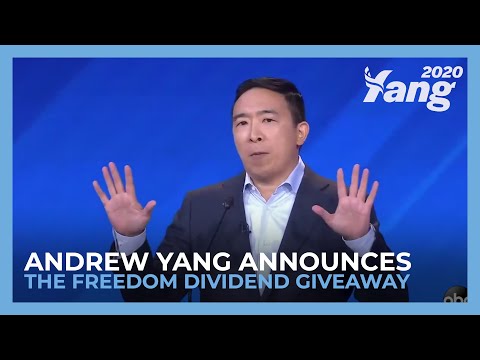 The presidential candidate just happened to be in Los Angeles for the upcoming Democratic debate. So he dropped in to pitch his Freedom Dividend to Ellen’s audience. It’s part of Andrew Yang’s plan to whip income inequality in the United States.

Yang said they both stole the idea from Martin Luther King.

The idea goes back further than either of us. Martin Luther King was fighting for this in the 1960s. We have to make this happen for families around the country. Particularly for mom’s and women who are doing the sort of work my wife is doing, at home with our two boys, one of whom is autistic.

There’s a detailed account of MLK’s “guaranteed income” activism at The Atlantic. 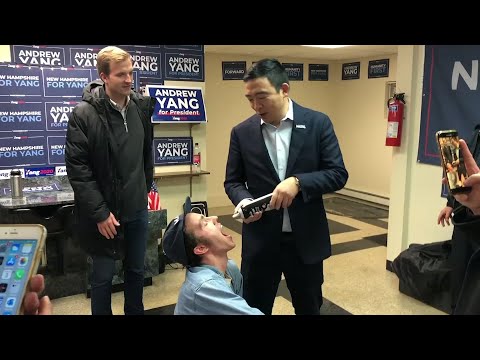 As for the whipped cream incident in New Hampshire, Andrew Yang passed the buck to one of his supporters. He told Ellen it was the supporter’s idea.

A supporter said, ‘Andrew, can I have some whipped cream?’ And I said, ‘Sure.’

Now it looks like Yang is a top-tier candidate in the Ellen primary. Yang’s Ellen appearance put a wide crack in the Andrew Yang media blackout. Her show averages over 4 million viewers per episode. And women have voted in higher numbers than men since 1964.