While announcing the premiere date of the newest season of her eponymous talk show, the embattled comedian promised to address the controversy surrounding her when she returns to the air later this month.

But aside from making this dire situation sound like nothing more than a quaint inconvenience, we already know what she’s going to say…so why is she even bothering?

One of the biggest flaws that Ellen DeGeneres has is that she believes she is never wrong. No matter how many times, and in how many ways, she’s shown to be at fault for something, she dances around the issue in such an embarrassing way that it could almost be the opening for her talk show.

And this time is no different, either.

When addressing the controversy around her talk show, she simply referred to it as, well…”it.”

I can’t wait to get back to work and back to our studio. And, yes, we’re gonna talk about it.

“It,” being what, Ellen DeGeneres? The racism? The microaggressions? The culture of fear? The rampant sexual misconduct? Or the fact that you’ve had a reputation of being a monster since the early 2000s, and you’re mad that you can’t hide it behind a stupid dance & terrible mistreatment of people anymore?

We Already Know What She’s Going To Say

If you think Ellen DeGeneres has grown, as a human being, since she’s been exposed, you’re sadly mistaken. There’s no evidence that she’s acknowledged her role in creating this toxic environment, and if anything, she’s actively contributing to it with her established “mean girl” persona. Just look at all the things her staff has had to endure over the years: 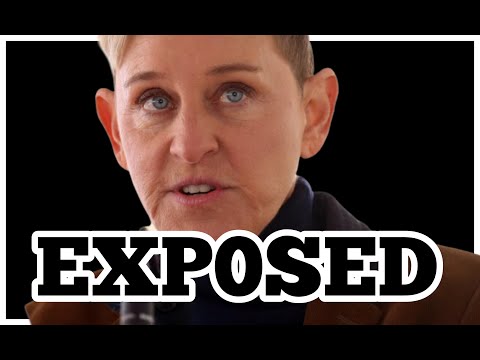 And as her embarrassing “open apology” demonstrates, when it comes time to address “it” on her talk show, she’s likely going to do what she’s always done: deflect blame, play the victim, and pander to Hollywood superstars so she can remain on the “A-list.”