Ellen has made calculated moves on-screen. From forcing pregnant Mariah Carey to drink champagne to shaming Dakota Johnson. When will it end?

Ellen DeGeneres is finally facing a barrage of criticism for her years of bad behavior toward her crew. But while it may look like Ellen has kept all of her devious antics far away from her on-screen holier-than-thou persona, that hasn’t always been the case.

Her egomaniacal tendencies have seeped through on several occasions, like pus from a badly covered wound.

Ellen might look like one of TV’s most generous stars, but anyone can give away gifts and money. When it comes to being generous of spirit, she’s worse than Ebenezer Scrooge on a bad day. Just ask some of her former guests.

When most stars book an appearance on Ellen, they think it’s going to be a smooth ride. But it’s been reported by more than one guest that it’s far from it.

YouTuber Nikki De Jager said this after appearing on the show a few months ago:

I was expecting a Disney show but got Teletubbies after dark.

Others have dubbed Ellen “aggressive” and “cold.” Since the media storm surrounding the host has been gaining traction, many are starting to view her interviews in a different light.

Take, for example, this 2019 snippet. Fifty Shades of Grey actress Dakota Johnson stopped by for a pre-Christmas chat. But instead of getting a good helping of festive cheer, she got publicly shamed in one of the most awkward on-screen exchanges ever. 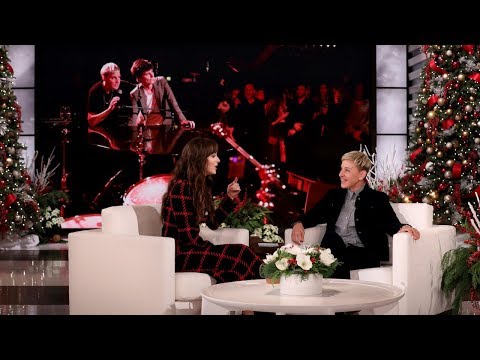 As soon as Dakota’s butt touched the seat, DeGeneres struck like a snake devouring a meek mouse. She demanded to know why she wasn’t invited to Dakota’s birthday party. The incident was eventually played off as a gentle misunderstanding, but it was clear that Johnson was terribly uncomfortable with the entire conversation.

What’s truly telling about this clip is Ellen’s assumption that just because the two have crossed paths before, she should automatically be invited to Dakota’s private party. It speaks volumes about the way that 62-year-old views herself. Her ego is so out of control that she thinks she’s the Don Corleone of Hollywood. Kiss the ring, or get the heck out of dodge.

Far from being the feminist Queen of Nice that she portrays herself to be, Ellen has a track record of sticking the knife in successful women and giving it a good, hard twist.

Katy Perry Got a Rough Deal Too

Two years before Dakota Johnson appeared on the show, Katy Perry graced Ellen with her presence. If only she realized how awkward the day would be before she agreed to participate.

Perry, who was single at the time, was invited to take part in a belittling segment called Will You Perry Me? The game itself was problematic and sexist at best, but it was the prelude that really stang.

When Katy jokingly asked if she had to get married again, Ellen feigned ignorance and seemed to “forget” that the I Kissed A Girl hitmaker was ever hitched.

Katy had to give Ellen some serious side-eye and remind her that she famously tied the knot with British comedian Russell Brand. It’s a subject Katy hardly ever broaches, so made for seriously uncomfortable viewing.

To the casual viewer, it may look like Ellen made an honest mistake. But it could be far more calculated than it looks on the surface. Not only did Ellen present Katy with a wedding gift at the time on the show, but she later spoke to Brand about the divorce on another episode.

This doesn’t look like a mistake. This was Ellen painting a target on Perry’s back and taking aim.

She knew exactly what she was doing – she’d already done something similar to Mariah Carey years prior.

Mariah Carey Was Set Up

When it comes to being a diva, Mariah Carey holds the crown. But that doesn’t mean that she didn’t deserve more respect that she got from DeGeneres back in 2008.

When Mariah appeared on the show, it was amid rumors that she was pregnant. Ellen keeps her finger on the pulse of tabloid speculation so she can be ready to swoop in and pick the meat off the bones of any unsuspecting celebrity harboring gossip.

What happened in this interview is proof that Ellen has only ever been interested in milking her famous circle for ratings: 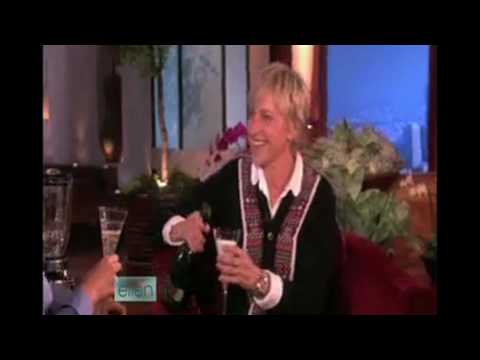 Ellen coerced Mariah into revealing her pregnancy in front of a live studio audience. As soon as the host asked for confirmation, Mariah was quick to rebuff her advances.

Although the singer tried her best to laugh it off, Ellen upped the ante by doing something truly deplorable. She took out a smoking gun disguised as a bottle of champagne. Carey had two choices: drink it and prove she wasn’t pregnant, or refuse it and prove the rumors right. The latter prevailed.

Ellen outed Mariah before she was ready to announce her pregnancy to the world. What’s more, she would suffer a terrible miscarriage just weeks later.

In an interview in 2010, Mariah made her stance on her privacy very clear.

I’ve never really been a very forthcoming person about my personal stuff; it’s just not my thing. But, honestly, to me, this type of thing is like, “Ew, weird! Why do I have to talk about this in front of the world?”

Let’s look at this for what it is: a pregnant woman being heinously pressured and plied with alcohol to disclose her own personal status to a woman who cares about nothing but dishing the dirt and getting a ratings boost.

Ellen should carry that moment – and the subsequent tragedy – around with her for the rest of her life as a lesson in what not to do. But sadly, if her recent scandals have taught us anything, it’s that she is incapable of change.

She won’t pay her staff, so she’s never going to pay her dues.

Kate Prince is an established lifestyle and entertainment writer from Oxfordshire, England. Kate is a scriptwriter for multiple YouTube channels and writes freelance full-time for a variety of great brands including Buzznet, Investing, CCN, and more. You can contact Kate via her website or alternatively email her at kateprincewriter@gmail.com. You can also follow her on Twitter, reach her on LinkedIn or check her out on Muck Rack.