In a story originating from four anonymous sources close to Elizabeth Warren, a frustrated Bernie Sanders allegedly stated he didn’t believe a woman could win a U.S. presidential election in 2018. The gloves are now off between the two most progressive Democratic candidates, and Warren is learning what a catastrophic mistake it is to question the credibility of Sander’s political agenda. 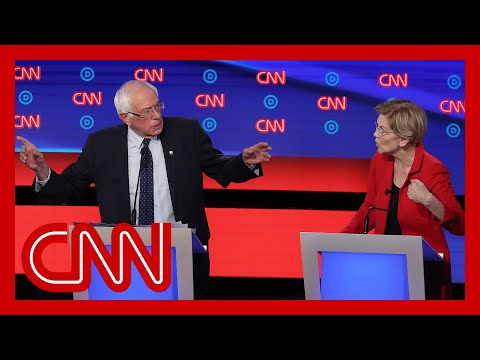 While there is no absolute proof that Warren’s camp engineered this attack, it’s not hard to figure out where it comes from.

Sanders’ campaign in 2016 was dogged with accusations of sexism in a transparent political ploy from Hilary Clinton’s campaign to energize her female voter base. Seeing that this worked to some extent for Clinton, Warren (who’s campaign staff has some overlap with the former secretary of state) has apparently opted for this tactic to try and desperately claw back some of her dwindling support base. On the other hand, Sanders’ fundraising juggernaut continues to roll.

Given that she hijacked most of Sanders’ policies to climb in the polls, it’s not surprising that Sanders’ campaign manager fired back strongly at the recent criticism, calling it “a lie.”

NEW: @BernieSanders campaign manager responds to report that in 2018 Sanders told @ewarren that a woman couldn’t win in 2020.@fshakir: “It is a lie.” pic.twitter.com/JTgugmlb2k

Warren’s attack appears to have had precisely the wrong effect and instead has energized Bernie supporters. #ITrustBernie was trending strongly all Monday as fans used the quote to drag up a multitude of examples to show his ideological consistency.

Many of these videos showed his multi-decade support for women, including those in the LGBT community, absolutely devastating the accusations from Warren’s camp.

This clip from 1995 still gets me. Everyone wants to believe they'd be the person who would have stood up to clear injustice, but a lot of people knew Don't Ask, Don't Tell was wrong and went along with it anyway because that was the easier path. #ITrustBernie because he didn't. pic.twitter.com/eaEW3mHewM

Even the Trump campaign, which may fear that Bernie could re-form the blue-wall that shattered in the general election in 2016, has been forced to acknowledge Sanders as the clear front-runner.

It should be noted that Team Trump also believes that a highly progressive agenda will not translate well in a nation-wide election. They might prefer a left-wing competitor to someone like Joe Biden, who is still above Bernie in many polls.

There is another, more subtle reason, why Trump would seek to disrupt the cease-fire between Warren and Sanders.

Elizabeth Warren Must Walk A Tightrope When Attacking Sanders

Having proven that she can inspire support, Elizabeth Warren is an excellent candidate for a potential VP should Sanders secure the Democratic nomination this year. It’s almost guaranteed that the Senator from Vermont will want a woman as a running-mate, and she has decent star power. The problem is every insult she makes against her potential President will be brought back against her on the campaign trail.

This is what makes Warren’s apparent decision to go after Sanders such a catastrophe. Not only does it reduce her chances of winning the nomination, but it also hurts her opportunity to be the first female Vice-President.