Gaming industry figurehead Geoff Keighley announced on Wednesday that he would not attend E3 2020. For the first time in 25 years.

Asked why he didn’t want to attend – or host the E3 Coliseum event – Keighley responded:

Based on what’s been communicated to me about the show, I just don’t feel comfortable participating, it’s no secret that E3 needs to evolve and I have lots of ideas around that, but have decided to take a wait-and-see approach.

This is just one of the numerous signs that E3 as we know it is dying.

While it is true that E3 “needs to evolve,” there are more problems than obsolescence plaguing the conference.

You think that they’d have stepped up their security efforts this year, but apparently not. The expo’s website managed to leak itself too early, giving us a pretty good idea about who’s going to be attending. A day before the site was supposed to go live. Not a good sign.

Is it any wonder that Geoff Keighley doesn’t want to go to E3 anymore?

E3 Is a Dying, Out-Dated Event That Isn’t Fit for Modern Gaming

It’s not just that E3 as an event isn’t safe, although it sure seems unsafe. It’s that it doesn’t really need to happen anymore.

Sony stopped participating, and they still manage to do live stream events that show off their games and hardware. More importantly, it hasn’t hurt their sales a single bit. 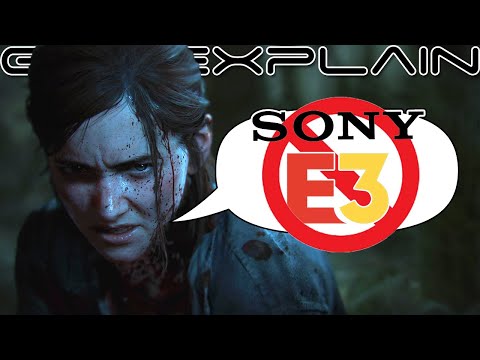 So why even bother attending? It’s expensive to put on a show that big, and in the digital age, it’s almost entirely pointless.

Almost all of E3’s onetime appeal can be replicated by the companies themselves for a fraction of the cost.

You don’t need a convention to market your products to fans and journalists. All you need is an internet connection and social media accounts.