In an industry that sometimes feels dominated by soulless companies, it’s always a treat to stumble upon that rare publisher that actually values its customers. That’s certainly the case with Techland and Dying Light.

Despite being five years old, there are still a huge number of people playing the game. So to thank the players keeping the game alive, Techland is throwing one hell of a party.

Over the next four weeks, special events will run constantly. Not to line Techland’s pockets further, but to reward the community.

What a refreshing way to show some appreciation for your supporters.

Dying Light hasn’t missed a beat since its debut in 2015. The developers have produced new content for the game virtually non-stop. There have been some pretty rad community events too.

Some of those events will make a comeback during the anniversary surprise. Including Super-Crane, which gives access to a souped-up version of the in-game grapple hook. Basically, you turn into Spider-Man. What more could you want?

Techland’s anniversary video was also genuinely heartfelt. It doesn’t just celebrate all the stuff they did to make the game a success, but all the ways that players contributed to the half-a-decade long party. 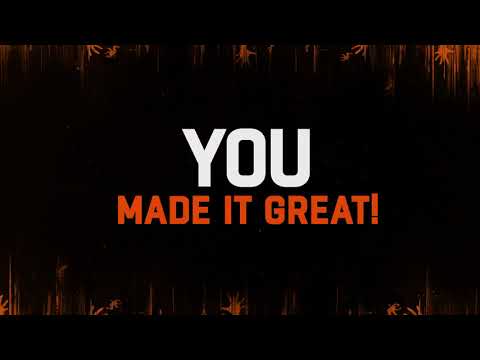 There’s a bundle of cosmetic items available too.

This Is How You Treat Gamers

I’m almost positive that none of the Dying Light team expected the game to thrive this late into the release cycle.

By this point, player numbers have usually dwindled, but something about this breakout title has kept people coming back.

When was the last time that you heard of a triple-A company giving so much back for free?

All the more reason to try out Dying Light’s free weekend on Steam. It’s the perfect chance to get caught up before the sequel comes out later this year.