On February 12, the Dow Jones surged by more than 500 points by 1.49 percent following optimistic forecasts on U.S.-China trade talks.

The S&P 500, Nasdaq Composite, and Dow Jones all recorded strong gains in the past month, recovering by nearly 6 percent in a short time frame.

However, Mark Wu, a Harvard Law School professor, said that a full comprehensive trade deal by March 1 is highly unlikely due to a wide range of variables that could affect ongoing trade discussions.

Dow Jones Could Feel Market Shock if No Trade is Established

The U.S. jobs growth is strong, household balance sheets are at record highs, and the Federal Reserve is patient on increasing rates. Virtually every fundamental factor has pointed toward a market rally.

One core variable could still turn around the market and trigger a full-blown trend reversal and that is the U.S.-China trade deal.

If a comprehensive deal is not achieved by March, it will lead to additional tariffs on imports and exports by both countries, weakening the prospect of the stock markets in the U.S. and China.

According to Mark Wu, a deal between the U.S. and China remains a possibility but a full-scale deal is unlikely.

“At this point, a full-scale accord seems unlikely,” Wu said, speaking to The New York Times.

A comprehensive trade deal would have to cover key industries like agriculture, technology, and manufacturing, and there are intricate issues in every major sector.

If a full-scale trade deal does not happen in the next three weeks, Cougar Global Investments chief investment officer Abe Sheikh firmly stated that it could shock the entire U.S. market and most likely the global financial market as well.

“The rally you see now indicates the market thinks there’s progress. But if there isn’t progress, there will be shocks felt through the market.”

The sentiment in the market is not at all positive but rather cautious. As Direxion Investments managing director Paul Brigandi explained, the momentum of the Dow Jones and the U.S. stock market has lured in investors.

The market remains uncertain about the outcome of the trade talks and many investors are unhappy with the fact that geopolitical risks have the potential to turn around the trajectory of the market by a significant margin. 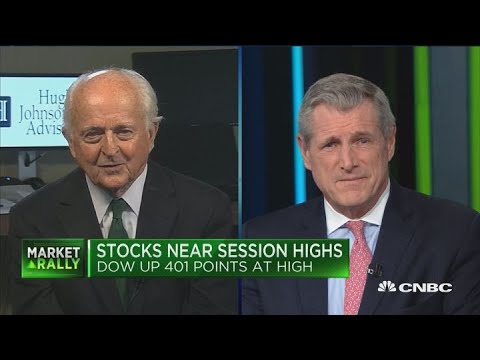 While analysts are in agreeance that the projection of slowdown in the growth of the U.S. economy is overly negative and is purely based on sentiment, the underwhelming performance of key industries and the uncertainty surrounding the trade deal have led investors to become more cautious.

That, as a whole, would encourage cautious sentiment.

The U.S. market is in a dangerous position wherein U.S.-China trade talks have become the focal point of market projections and the near-term performance of the global stock market solely depends on the outcome of the trade deal.

The U.S. market is not close to a recession although it remains as a long-term risk. Fundamentals are strong and industries like oil have outperformed the expectations of Wall Street analysts.

But, even the strong fundamentals of the U.S. market will not be able to prevent a market shock if the highly anticipated trade deal falls out.

U.S. President Donald Trump has said that China is desperate to strike a trade deal with the U.S., expressing optimism toward the progress of the discussions.

“Things are going well with China. China wants to make a deal very badly. I want it to be a real deal, not just a deal that makes (it) — you know, cosmetically look good for a year. We have a chance to make a real deal with China,” Trump said.