By CCN.com: The Dow zoomed into recovery mode on Tuesday, bolstered by better-than-expected earnings even as President Trump launches a double-barrelled assault on the global financial market.

The Dow Jones Industrial Average seesawed at Tuesday’s opening bell, eventually grinding higher after regaining its footing. By 10:07 am ET, the DJIA had gained 79.35 points or 0.3 percent to trade at 26,590.4. The S&P 500 and Nasdaq also rallied, climbing 0.36 percent and 0.58 percent, respectively.

Dow components United Technologies and Coca-Cola gave the index a boost, with shares of each company surging on better-than-expected quarterly earnings. 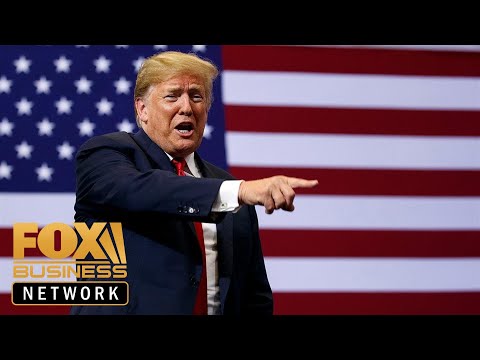 However, despite his stated commitment to creating a favorable climate for stock market growth, Donald Trump continues to plunge the global markets into uncertainty.

Trump blamed the iconic US motorcycle company’s 26.7 percent profit implosion on EU tariffs, which he lambasted as “unfair.”

“‘Harley Davidson has struggled with Tariffs with the EU, currently paying 31%. They’ve had to move production overseas to try and offset some of that Tariff that they’ve been hit with which will rise to 66% in June of 2021,’” he said, quoting Fox Business host Maria Bartiromo. “So unfair to U.S. We will Reciprocate!”

“Harley Davidson has struggled with Tariffs with the EU, currently paying 31%. They’ve had to move production overseas to try and offset some of that Tariff that they’ve been hit with which will rise to 66% in June of 2021.” @MariaBartiromo So unfair to U.S. We will Reciprocate!

It’s a remarkable shift for Trump, who just last year called on US consumers to boycott Harley Davidson for moving some production overseas. Now, Trump blames that decision on EU tariffs, connecting Harley’s plight to that of another storied American manufacturer, Boeing.

As CCN.com reported, the Trump administration recently threatened to slap tariffs on $11 billion worth of EU goods. The retaliatory move seeks to punish Europe for allegedly providing illegal subsidies to Airbus, Boeing’s most significant competitor.

Boeing, of course, is the Dow’s most heavily-weighted component.

The EU has signaled that it will respond to any new US tariffs in kind, which means that if the White House follows through on Trump’s threats, the US will find itself immersed in trade wars in both Europe and Asia.

Adding to trade pressures, the North American Free Trade Agreement (NAFTA), which Trump renegotiated following his inauguration, has yet to be ratified, sapping an estimated $68 billion from the US economy.

But that’s not the only way Trump has been meddling in the financial markets this week.

On Monday, the Trump administration caused oil prices to spike toward six-month highs when they unexpectedly withdrew sanctions exemptions that allowed major oil consumers such as China to continue importing oil from Iran.

According to RBC Capital Markets, the new policy will reduce the global oil supply by 700,000 to 800,000 barrels a day. It could also lead to tensions with countries such as China and India who would face US sanctions if they continue to purchase Iranian oil after May 1.

Trump claims that Saudi Arabia will compensate for the massive supply reduction, but analyst Neil Wilson, the chief market analyst at Markets.com, told Business Insider he isn’t confident in the president’s boast.

“It is no guarantee that Saudi Arabia can simply open the taps, moreover having made that mistake last year ahead of the sanctions being imposed, the country will seek clear evidence that it needs to raise output before doing so.”

That said, the move did bolster Dow components Exxon Mobil and Chevron, which posted two of the DJIA’s top performances on Monday and helped mitigate the index’s losses.