Dow Struggles as Economists Brace For V-Shaped Recovery in Rates

Worries about inflation and Warren Buffett’s sudden pivot away from financials weighed on the Dow Jones on Monday.

The Dow Jones struggled to start the week as losses mounted in heavyweight stocks, and the Empire State manufacturing index plummeted. Despite no additional stimulus coming anytime soon, Nordea FX is worried that a V-shaped recovery in interest rates will hit risk assets.

Economic data were no help to Dow bulls, as the NY Empire State manufacturing index came in at a miserable 3.7, against expectations of a bounce to 15.00. Wall Street was too optimistic, as the sharp decline from last month’s reading of 17.2 demonstrated a dramatic moderation in manufacturing output.

With only Donald Trump’s hasty patch-job stimulus, equity bulls are looking for another dose of fiscal support.

Video: No More Stimulus Is Bad News For Poorest Households 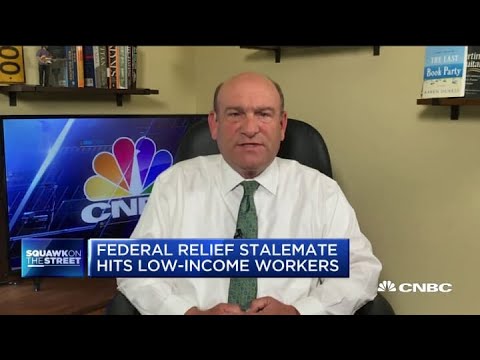 With Congress parting ways in deadlock over the next round of fiscal spending, it is easy to forget the staggering amount of money that been injected into the economy to keep the Dow Jones above water.

Given that the U.S. economy outperformed most major economic powers before the pandemic, some economists are speculating about the return of inflation shortly.

Economists at Nordea FX are among those whispering in the trees, as they believe that the V-shape recovery could be coming to the rate markets:

A potential massive positive repricing of the macro picture as a lagged effect of truckloads of monetary (and now also fiscal) stimulus. What if rates markets started to trade the V-shape? Will everyone and their mother be wrongfooted in the low(er) for loooooooooong positioning? We clearly lean that way from a risk/reward perspective after a summer of curve-flattening.

There is almost no monetary tightening priced into financial markets, and the potential impact on asset prices could be substantial if inflationary pressures emerge.

Video: Social Distancing Could Have An Inflationary Impact 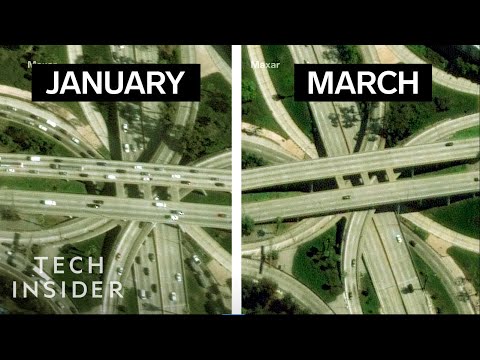 Additional causes of rising costs could be the pandemic protocols themselves. Increased spacing in restaurants, concerts, theme parks, and just about every walk of life may eventually trigger higher prices.

There was little to be excited about in the Dow 30 Monday, as investors pushed most of the index into the red.

Dow heavyweights like Boeing (NYSE:BA), Travelers (NYSE:TRV), and American Express (NYSE:AXP) all tumbled more than 2.5% as pressure mounted on their respective industries.

The most heavily weighted Apple stock (NASDAQ:APPL) declined only 0.2%. 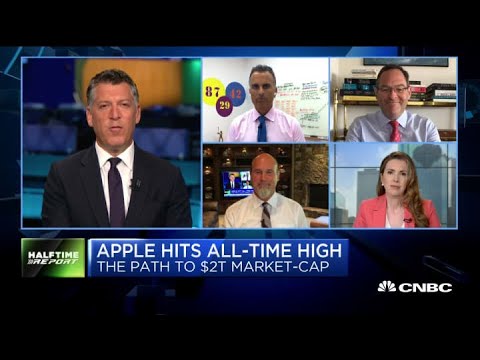 Unfortunately for owners of financial stocks, Warren Buffett’s high profile decision to cut his holdings seems to be weighing. JPMorgan Chase (NYSE:JPM) and Goldman Sachs (NYSE:GS) both took heavy losses, while a decline in Treasury yields also weighed on the pair.

However, it was not all bad news as Walmart (NYSE:WMT) shares powered 2.5% higher ahead of earnings, while Home Depot (NYSE:HD) also enjoyed a similar bounce ahead of its report on Tuesday.