The Dow and broader U.S. stock market declined on Thursday over revelations that the economic recovery was losing momentum in July. Commodity prices also sold off, though gold continued to trade near all-time highs.

All of Wall Street’s major indexes reported steep losses through the morning, with the Dow Jones Industrial Average falling as much as 500 points. The blue-chip index eventually closed down 225.92 points, or 0.9%, at 26,313.65.

The broad S&P 500 Index of large-cap stocks declined by as much as 1.7%, with all 11 primary sectors in the red. Energy stocks sold off the most, falling over 4%.

After declining by as much as 1.2%, the technology-focused Nasdaq Composite Index reversed losses and closed up 0.4% at 10,587.81.

Commodity prices declined across the board, with Nymex crude futures falling more than 3%. Gold futures fell 0.9%, and silver dropped more than 4%.

The U.S. economy emerged from the first wave of the pandemic on firmer footing, with employment, consumer spending, and factory output rebounding. A resurgence in virus cases appears to have stalled the recovery–at least on the jobs front.

After four months of progress in the labor market, jobless claims are on the rise again.

Initial jobless claims measure the number of Americans filing for first-time unemployment benefits. The number of new claims had declined for 15 consecutive weeks before ticking higher in the week ended July 18.

Without more people returning to work, the U.S. economy will likely face a stalled recovery. Employers added a cumulative 7.5 million jobs in May and June, but that’s after laying off more than 22.1 million in March and April.

The U.S. economy is coming off its worst quarter since record-keeping began in 1947. Gross domestic product (GDP)–the value of all goods and services produced in the economy–plunged at an annual rate 32.9% in the second quarter. 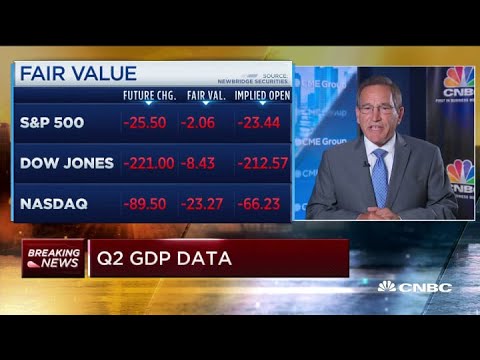 Although a repeat of Q2 is unlikely, the resumption of lockdown orders across several states amid the lockdown suggests the recovery could be much slower than initially believed. Fears of a double-dip recession have resurfaced.

Data from Johns Hopkins University show more than 4.4 million confirmed Covid-19 cases in the United States. A total of 59,862 new cases were reported on Wednesday, according to the Center for Disease Control and Prevention.