A euphoric U.S. stock market is basking in the possibility of more tax cuts and the de-escalation of the trade war. But the rally in the Dow ignores lingering concerns about the enforceability of the phase one deal.

The three major US stock market indices rose in unison.

In keeping with the strong demand for risk-assets, crude oil jumped 1.1%. The price of gold suffered from its safe-haven status with a 0.13% decline.

What Moved the U.S. Stock Market on Thursday

The trade war between the U.S. and China weighed on the Dow for more than a year, but the actual impact on the stock market receded when it became apparent Trump was keen to de-escalate the situation for a political win ahead of the 2020 election.

Current tariffs have not hindered Wall Street profits too much, and the bulls are chasing another carrot in the form of more tax cuts from the Trump campaign. 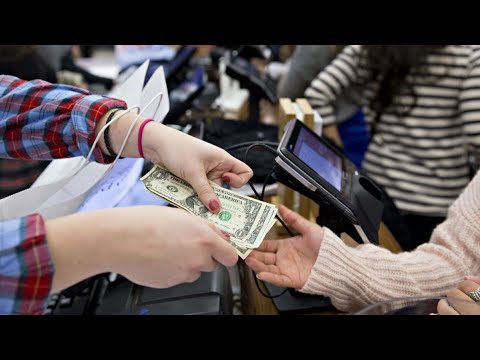 With fewer geopolitical headlines to worry about, investors can focus more on the macro data.

This might not be a good thing for the Dow Jones, as there are some concerning trends showing up in inflation and wage growth.

The Stock Market May Be Too Complacent About the Trade War

Investors may have moved on from U.S.-China trade, but analysts continue to debate how much credence they should give the phase one deal. The $200 billion headline figure looks nice, but is it really enforceable?

Economists Timme Spakman and Iris Pang at ING have their doubts, noting that the text is very loose:

Comments by vice-Premier Liu that these commitments are dependent on Chinese demand seem at odds with the English version of the official text published by the US trade representative, which specifies the exact amounts.

However, the agreement does not include an enforcement clause addressing the purchasing commitments by China. In addition, the text explicitly states that the purchases are dependent on commercial considerations.

Given China’s history of ignoring international law, the fact they are not bound to purchase anything elevates the risk of Trump having to threaten more tariffs if Beijing flouts their end of the bargain.

It’s noteworthy that often-questionable “official” Chinese data is going to be used as a reference, though the agreement does permit an investigation if there is an obvious disconnect.

It was a sea of green in the Dow 30, with only four components (Pfizer, Merck, Walgreens, and Exxon) slipping into decline.

Bolstering the DJIA were steady gains from Apple (NASDAQ: AAPL) and Boeing (NYSE: BA), the index’s two most heavily weighted stocks. Apple’s 0.92% bounce came as investors ignored a high-profile spat between the company and Donald Trump over the unlocking of a mass murderer’s iPhone. 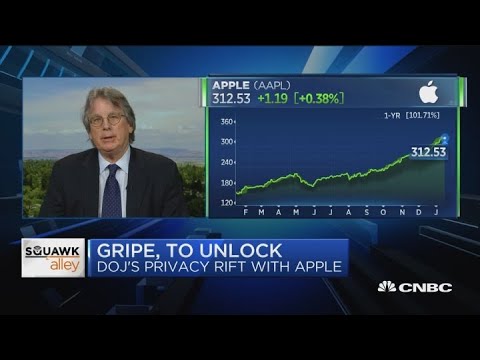 It is impossible to talk about the stock market today and not mention the monster move in Morgan Stanley (NYSE: MS), which soared 7% after a blow-out earnings report. Financial institutions Goldman Sachs and JPMorgan Chase were both lifted on the tide. JPM rose 0.2%, and GS rallied a more substantial 1.3%.