The Dow Jones fell on Tuesday amid tensions in Iraq, uncertainty over Trump’s phase two trade deal, and another drop in consumer confidence.

The Dow Jones continued to trend lower on Tuesday as 2019 wound to a close.

Even a positive trade war tweet from President Donald Trump failed to breathe life into a limp stock market that looks resigned to stumbling into 2020.

But the real story for the Dow was consumer confidence, which dropped unexpectedly and indicated the strongest pillar of the US economy is feeling some pressure.

Among the three major US stock market indices, the Nasdaq was the best performing, sneaking into positive territory as the S&P 500 and Dow Jones struggled to recover from earlier losses.

It was another solid day for the price of gold (+0.3%) because the US dollar continued to struggle in holiday trading. A rally in the euro and the British pound did most of the damage to the dollar index, while the haven Japanese yen also gained alongside XAU amid the weakness in equities.

Oil prices dropped slightly, but it has still been a stellar year for crude bulls.

It is shaping up to be another rough 24 hours for the price of bitcoin, as BTC/USD continues to be attracted to the magnetic pull of the $7,000 handle.

Geopolitical Threats Re-Emerge for the Dow

President Trump appears to have squeezed his last few “phase one deal” points out of the Dow Jones. His New Year’s Eve announcement regarding the signing date (January 15th) for his agreement with China only incited a minor bump in the stock market.

If Trump wants to see the Dow Jones at 30,000, he must provide a lot more evidence that “phase two” is realistically achievable.

The White House has been clear from the start that it seeks an ambitious deal, and Wall Street’s skepticism is well documented. Securing the basic first agreement was a struggle, and with China’s economic data on the rise again, it’s hard to see where the incentive is for them to make further concessions.

Geopolitical tensions in the Middle East are also climbing. The US Embassy in Iraq is surrounded by protesters after a US airstrike against Iran. 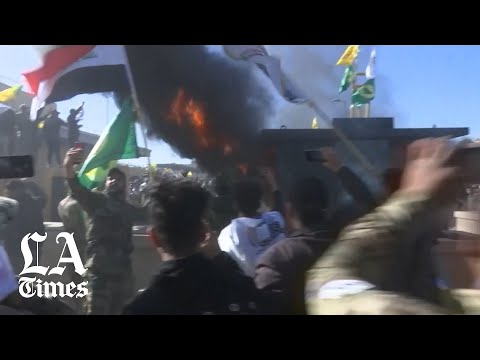 Combined with the apparent re-emergence of the North Korean threat, Dow bulls are being forced to reconsider tensions they mostly ignored during the trade war saga. Turmoil in Hong Kong isn’t going anywhere any time soon, either.

If you strip out the political noise, there is really only one thing that matters for a US economy trying to maintain its expansion in 2020, and that is consumer spending.

Manufacturing has struggled, so it has been confident US households that have continued to drive key Dow Jones stocks like Apple (NASDAQ: AAPL) higher. Unfortunately, today we saw the fourth decline in the last five months, suggesting that this support continues to crack.

In the official release, Lynn Franco, Director of Economic Indicators at the Conference Board, suggested that a lack of momentum may be weighing on consumer attitudes:

Consumer confidence declined marginally in December, following a slight improvement in November. While consumers’ assessment of current conditions improved, their expectations declined, driven primarily by a softening in their short-term outlook regarding jobs and financial prospects.

While the economy hasn’t shown signs of further weakening, there is little to suggest that growth, and in particular consumer spending, will gain momentum in early 2020.

Dow 30: Boeing on the Precipice of Yearly Loss

On a very mixed day for the Dow 30, there was not a tremendous amount of volatility.

Walmart (NYSE: WMT) was the worst performer (down 0.75%), but yet again, it was Boeing (NYSE: BA), the most heavily weighted stock in the index, that was proving to be a lead weight. News of a settlement with Turkish Airlines over the carrier’s losses related to the grounding of the 737 Max was an additional burden amid generally poor risk appetite. 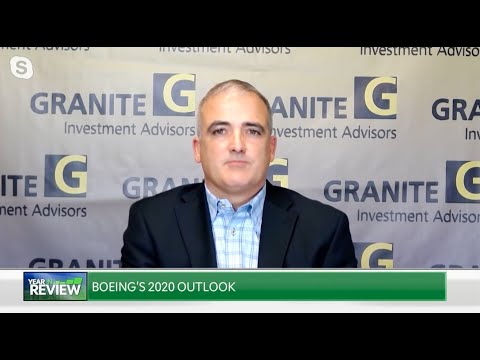 A 0.7% loss now has BA stock under a 1% gain year to date. This means Boeing will barely escape joining the three “dogs of the Dow” (Pfizer, Walgreens, and 3M) as members of the index ending 2019 in the red.

Apple stock was up a meager 0.3% on the day, leaving Cisco as the top performer with a 0.6% rally.

September 23, 2020 1 Comment
← PreviousStock Market Gurus Promised You a Santa Claus Rally – What Happened?
Next →5 Big Things to Expect From Stocks in 2020