The Dow and broader U.S. stock market traded lower on Tuesday, as a mass exodus from the dollar drove new gains in the price of gold.

All of Wall Street’s major indexes relinquished gains Tuesday morning. After rising by as much as 42 points, the Dow Jones Industrial Average plunged 155 points or 0.6%.

Chevron (NYSE:CVX) declined by almost 2% as oil prices slumped. Visa (NYSE:V) and JPMorgan (NYSE:JPM) are also among the biggest decliners.

The CBOE Volatility Index, commonly known as the VIX, edged slightly higher to 21.67 on a scale of 1-100 where 20 represents the historical average. Higher volatility readings are usually associated with bearish bets on stocks. 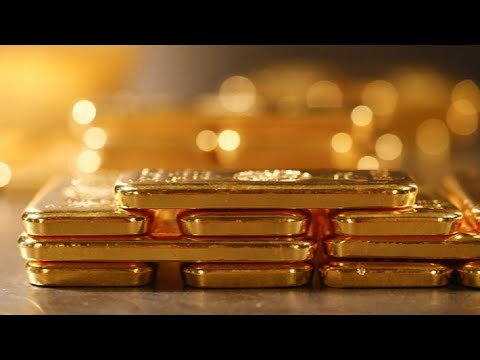 Demand for haven assets remains elevated Tuesday, with gold hitting one-week highs amid a sharp drop in the U.S. dollar.

Gold for December settlement, the most actively-traded futures contract, rose 1.2% to $2,023.20 a troy ounce on the Comex division of the New York Mercantile Exchange.

Bullion corrected sharply lower last week but is still up over 32% year-to-date. The December futures contract peaked at $2,089.20 an ounce in early August, according to Bloomberg data.

The U.S. dollar fell to more than two-year lows against a basket of competitor currencies, setting the stage for a prolonged precious metals rally. (Dollar-denominated gold and the U.S. currency often trade inversely with one another.)

Investors are dumping dollars amid declining growth opportunities in U.S. markets. Vanishing yields, record central-bank easing, and a bleak economic outlook have all pressured the greenback.

Hedge funds are now shorting the dollar for the first time in over two years. Net futures and options positions held by leveraged funds have turned bearish, while bullish bets on the euro have soared.

Analysts expect further declines for the greenback as the euro strengthens and Asian regional currencies recover.