Boeing CEO predicts that at least one major U.S. airline will go bankrupt by the end of the year. That could have a devastating effect on the stock market.
PHNjcmlwdCBhc3luYyBzcmM9Imh0dHBzOi8vcGFnZWFkMi5nb29nbGVzeW5kaWNhdGlvbi5jb20vcGFnZWFkL2pzL2Fkc2J5Z29vZ2xlLmpzIj48L3NjcmlwdD4KPCEtLSBUb3AgQXJ0aWNsZSBDQ04gLS0+CjxpbnMgY2xhc3M9ImFkc2J5Z29vZ2xlIgogICAgIHN0eWxlPSJkaXNwbGF5OmJsb2NrIgogICAgIGRhdGEtYWQtY2xpZW50PSJjYS1wdWItNjQ3MjA2OTY5MzY1NzE0MyIKICAgICBkYXRhLWFkLXNsb3Q9IjU4NDY0ODIyMjMiCiAgICAgZGF0YS1hZC1mb3JtYXQ9ImF1dG8iCiAgICAgZGF0YS1mdWxsLXdpZHRoLXJlc3BvbnNpdmU9InRydWUiPjwvaW5zPgo8c2NyaXB0PgogICAgIChhZHNieWdvb2dsZSA9IHdpbmRvdy5hZHNieWdvb2dsZSB8fCBbXSkucHVzaCh7fSk7Cjwvc2NyaXB0Pg==

Stock futures spent most of the overnight session in decline, but the Dow Jones Industrial Average (DJIA) flopped sideways when the market finally opened.

The index may be struggling because there’s a big threat on the horizon: bankruptcies. Boeing CEO David Calhoun just sent a warning sign to the market, suggesting at least one major airline could go bust this year. Asked whether the pandemic could force U.S. airlines out of business, he said:

Yes, most likely. You know, something will happen when September comes around. 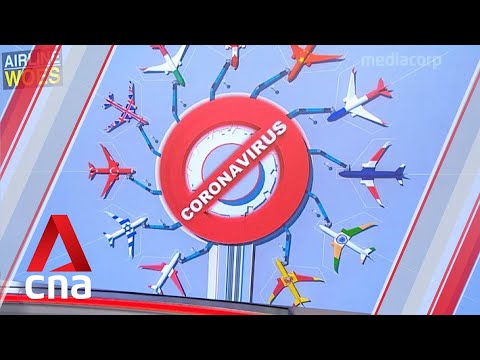 A major bankruptcy in the airline space would have a domino effect on Boeing, and the Dow Jones as a whole.

Dow futures plummeted more than 200 points overnight as analysts warned of a ‘double dip recession’. But the index clawed back the losses and pushed narrowly higher on Tuesday morning.

Speaking to NBC Today anchor Savannah Guthrie, Calhoun delivered a grim assessment of the airline industry. He believes airlines will be lucky to recover a quarter of their traffic this year. 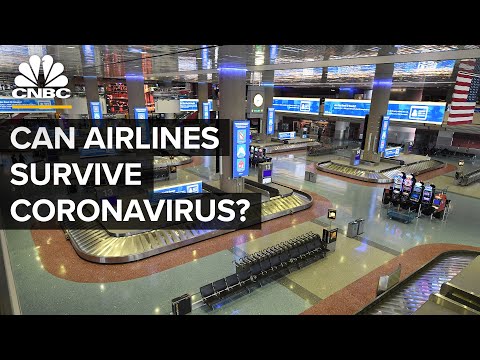 In the meantime, airlines are burning through $400 million every day and passenger traffic is down 94%. Additionally, new 14-day quarantine measures for inbound travellers threatens to kill demand for anything except absolutely essential travel.

Calhoun didn’t speculate as to which airline, but the most vulnerable is American Airlines. The company carries the most debt and is burning $50 million a day in expenses.

Plane maker Boeing will feel the ripple effects of this fallout. Southwest has already halved its next Boeing order. American Airlines is taking 43 Boeing planes out of service.

As the single largest constituent in the Dow Jones, Boeing will weigh the entire stock market down if one of the airlines goes bust. As Quartz notes:

When Boeing goes south, it drags the Dow with it.

Stock markets nervous as virus flares up in re-open states

Data seems to be indicating that cases are rising in reopen states.

He cites Alabama, South Dakota and Texas among the biggest risers. Meanwhile, public spaces in Colorado are already bustling. White House advisor Dr. Anthony Fauci is also expected to warn the Senate today about the perils of re-opening too early.

Fears of a second wave are also rising in Asia. The city of Wuhan, where the virus is believed to have originated, will test all 11 million residents after a new cluster was discovered.

How is Wall Street playing the stock market today?

Wall Street is still split on where the market is going in the coming months. Credit Suisse chief equity strategist Jonathon Golub struck a cautious tone. He doesn’t see much room higher for the stock market until the coronavirus is brought under control.

The market is going to have real limited upside here until we see the conditions are getting a little bit better, whether it’s therapeutic or whether it’s something else. 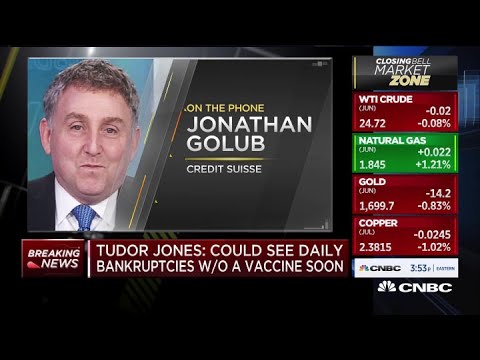 But JP Morgan took a more optimistic view. Analyst Ben Mandel says the bank has a “buy the dip mentality” until there’s a major shock to change their thesis.

We’re sitting about overall neutral in terms of risk in our portfolio, but with a bias to be adding.

Edit: This article was updated at 10:04 am ET to reflect updated prices.