All of Wall Street’s major indexes traded higher at the open, overcoming a tepid pre-market for stock futures. The Dow Jones Industrial Average rose by as much as 260 points or 0.9%.

Ten of 11 sectors tracked by the S&P 500 reported gains, with energy leading the pack. Energy was the worst-performing sector on Tuesday.

On the data front, America’s job recovery continued in September, as sectors tied to construction and hospitality made a strong rebound.

The labor market continues to recover gradually. In September, the majority of sectors and company sizes experienced gains with trade, transportation and utilities; and manufacturing leading the way. However, small businesses continued to demonstrate slower growth.

The Department of Labor will release official nonfarm payrolls numbers on Friday.

Trump and Biden Square Off in First Presidential Debate

The first presidential debate between Donald Trump and Joe Biden was marked by angry interruptions and verbal blows Tuesday evening, as both candidates squared off on a range of contentious issues.

Debate moderator Chris Wallace of Fox News struggled to moderate the 1-hour and 40-minute debate, especially as President Trump interjected several times when Biden was speaking. Watch the video below: 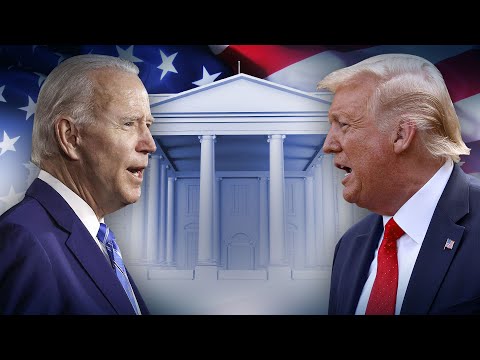 President Trump refused to soften his stance on mail-in voting, sending a strong signal that the November election could be contested.

Biden blamed Donald Trump for his handling of the Covid-19 pandemic and accused the president of deliberately hiding its severity from the American people. Trump defended his decision to halt all travel to and from China–an initiative that Biden and other Democrats called racist.

Trump and Biden will hold their next televised debate Oct. 15.