The Dow Jones eked out a weak gain on Friday, failing to capitalize fully on positive trade war news as China steps up its purchases of US farm goods.

Michigan consumer sentiment and retail sales were strong, and yet the Dow dragged sideways as tech giant Apple tumbled after an abysmal forecast from Goldman Sachs.

It wasn’t pretty, but it set the Dow up to rise for an eighth straight session – and third straight week. The S&P 500 and Nasdaq both endured minor declines, sliding 0.08% and 0.19%, respectively.

Investors have been quick to price in any progress that Trump and China are making on trade. Brighter sentiment has pushed the Dow back close to its record just below 27,400.

However, today’s weak moves in the stock market suggest that the extent to which thawing tensions can lift the overbought Dow could be waning. 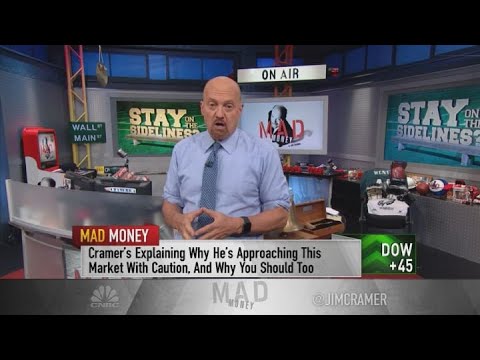 On the other hand, the US consumer is still in spending mode, despite the fact that the newswires are filled with talk of recession.

Healthy household consumption should provide firm support for an index with as many domestic staples as the Dow Jones, making it a little surprising that the DJIA did not get more of a lift from the data beats today.

Hunting for an explanation for this lack of conviction, it appears that while investors are cheering a softening in Trump’s trade war, Wall Street retains a healthy dose of skepticism. Han de Jong, chief economist at ABM AMRO, personifies this perspective in a piece of macro analysis today.

“While I am an optimist by nature, I must say that I believe it when I see it as regards an actual deal. We have seen constructive moves before, only to be disappointed later. Perhaps the difference now is that the US presidential election is approaching. They are still over a year away, but the economic effect of a trade deal or no trade deal will occur gradually. To have the economy in top-fit condition, a trade deal should be done within the next couple of months.”

If Mr. de Jong is correct, it would suggest that Trump’s anticipated charm offensive ahead of 2020 may have already begun.

If so, this would indicate that the outlook for the Dow is far brighter than the recent moves in the bond market and ISM manufacturing suggest.

It was an extremely mixed day for the Dow 30. The script flipped for Apple, as the iPhone manufacturer’s stock nosedived after several days of gains. The catalyst for the move appeared to be an extremely negative AAPL forecast from Goldman Sachs who predicted as much as a 26% cut in the company’s share price.

Focusing more on the trade war dialogue, Caterpillar continued its relief rally with a 1.45% gain as global risk sentiment continues to brighten.

Boeing, another stock that has been buffeted by China concerns, rose 1.5% as it unveiled a massive project to ensure that the 737 Max returns to the skies sooner rather than later.