The Dow Jones powered toward record highs on Thursday after the US and China brokered a last-minute trade deal to present to Trump. | REUTERS/Kevin Lamarque

Following a midday hiccup, the Dow Jones rocketed back in late afternoon trading to approach the record high it set earlier in the day.

The catalyst for the recovery was Bloomberg’s report that the US and China had reached an agreement in principle on the “phase one” trade deal that investors have been waiting on since October. 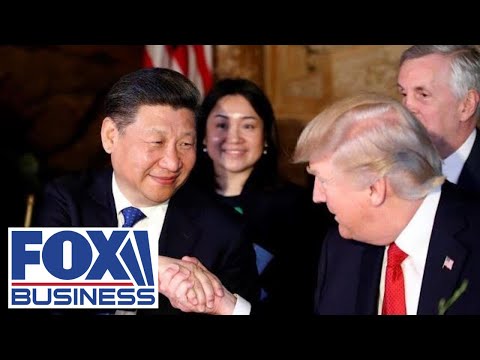 The Dow’s rally was slightly hampered by weakness in both Apple (AAPL) and Boeing (BA) stock.

All three of the major US stock market indices headed higher in the minutes before the closing bell, confident that Trump would approve the deal negotiators had brokered.

Unsurprisingly the price of gold turned south as the stock market rallied, while crude oil bounced strongly on the brighter outlook for global growth. US economic data was generally negative, as jobless claims missed and producer inflation remained subdued.

Some of the positive reaction from Jerome Powell’s dovish FOMC press conference on Wednesday may have also helped to provide some underlying support to the stock market. 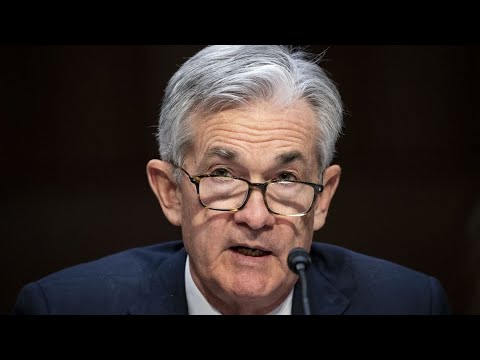 The Dow Jones will be closed by the time the UK election results are clear. Still, there could be plenty of volatility seeping into futures markets overnight if further political deadlock (or even a Labour victory) occurs.

Donald Trump proved he still has what it takes to move the Dow, as he managed to boost equities with yet another “the trade deal is close” tweet.

For once, though, White House negotiators delivered on that promise, striking an agreement in principle with the Chinese trade team. The details of the deal have not been released, and the handshake agreement still requires the president’s approval. 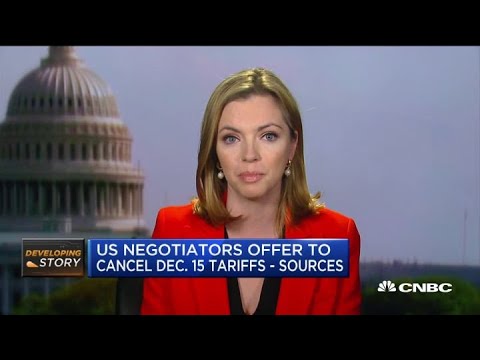 Goldman Sachs Optimistic for the US Economy in 2020

With a tremendous amount of worry in the marketplace, one of the United States’ most significant investment banks believes that risks to the stock market are overblown.

In a December update on the 2020 outlook for the US economy, Goldman Sachs forecasts just a 20% probability of recession versus the consensus 33% expectation:

Goldman Sachs Research forecasts steady US GDP growth of 2.3%, driven by easier financial conditions, dissipating trade tensions, and continued strength in consumer spending. As the US economy continues its longest expansion on record, many market participants continue to worry about recession. However, our economists forecast just a 20% chance of a US recession in the next 12 months, compared with the consensus view of 33%.

The Dow 30 exploded higher on Thursday, but after touching record highs, things went slightly south for the index. 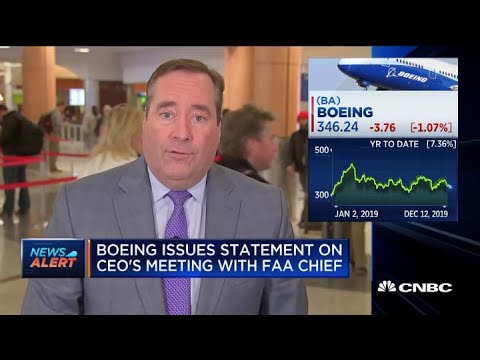 As the Dow’s most heavily weighted stock, Boeing’s performance is crucial. Down around 1.45%, BA continues to be battered by a series of negative headlines, with today’s problems stemming from China.

On this occasion, Boeing was not facing a harmful trade war headline but rather reports that Chinese regulatory officials are concerned about some of the changes being made to the infamous 737 Max jet.

Given that BA stock is padded with a slew of orders from several different Chinese companies, this is hitting Boeing investors where it hurts.

Another of the Dow Jones’ most essential stocks, Apple, was also struggling. Down 0.1% even after the trade deal report, AAPL was contending with analysis from Credit Suisse that suggested iPhone shipments were down 35% in China. Given that markets are priced for little damage from the trade war, this is a rare sign of lagging demand for the tech giant.