The Dow Jones soared with Apple (AAPL) stock as China offered an olive branch to Trump amid a landslide win for democracy in Hong Kong.

The Dow Jones gained nearly 150 points on Monday after China offered an intellectual property olive branch to the Trump administration. This headline boosted Dow giant Apple (AAPL) more than 1% on hopes of December’s tariffs being removed.

Helping provide even more of a boost to the stock market, a pro-democracy landslide in Hong Kong’s local elections raises hopes for de-escalation in the violent protests.

All three major US stock market indices rallied to start the week. The Nasdaq led the way with a 1.2% rally. The S&P 500 was up 0.64%, making the Dow Jones Industrial Average the laggard despite its triple-digit move.

Unsurprisingly given the day’s headlines, the price of gold was 0.6% lower, while the haven Japanese yen also lost ground. The trade war barometer, USD/CNH, posted its first loss after two days of gains, as the offshore yuan firmed. 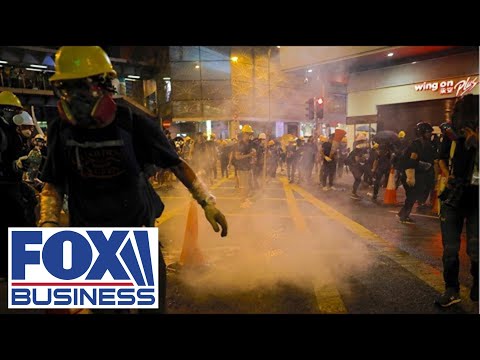 Impeachment hearings have wound down, and nothing has emerged to move the Republican majority in the Senate towards removing Donald Trump. Ever keen to bring citizens’ attention back to the record-setting stock market, Trump took to Twitter to bask in the risk-on mood.

It is worth noting that the president is referencing the S&P 500 here, as the Dow was a few points short of its all-time highs when he published his tweet.

Focusing on the critical headline behind the Dow Jones rally, Sebastian Galy at Nordea Asset Management believes that China’s apparent concession was made with the precise goal of continuing to support the stock market.

Galy thinks that the odds of a deal in January are high, and he views this small olive branch as a definite positive for the Dow:

A public announcement stating that China will raise penalties over Intellectual Property violations is meant as a signal to the general public in China and the United States. The only probable reason to do this is to please the US government by supporting the equity market as it is doing very effectively.

After a period of mild confrontation, this is a very early and positive move by China, which also suggests that growth is a spot of trouble in China. We view the odds of a phase one deal in January as very likely but the significant economic slowdown in China to continue until the end of the first semester of 2020.

It was an excellent day in the Dow 30, with clear notes of China-centric risk-on evident in Caterpillar’s 1.2% bounce.

But it was Apple (AAPL) stock that was the most crucial driver in the Dow Jones. Trade war hopes reassured investors that the tariffs set to go into effect in December will be avoided. These tariffs would hit Apple’s margins directly, and so bulls appear optimistic that this headline is for real, after a few days of skeptical sideways trading. 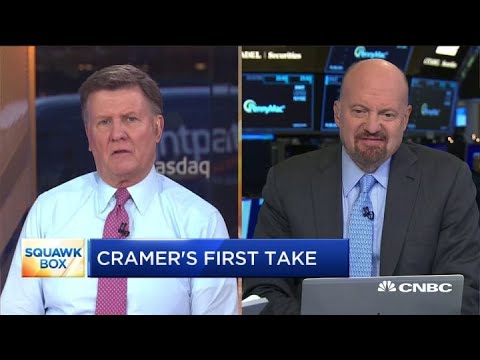 Adding to the encouraging news for AAPL, news broke that supplier Salcomp would be opening a new factory in India. Given projections for India to become a massive global economic power over the coming years, strong demand is tremendous news for Apple investors looking to see them continue to infiltrate this vast market.

Big Oil was underperforming the Dow as the energy rally slowed, sending Chevron and Exxon Mobil into the red. Exxon was the worst-performing stock on the day; it lost 0.85%. McDonald’s wasn’t far behind with a 0.7% decline.

September 27, 2020 1 Comment
← Previous6 Stocks to Buy In Case the Bear Takes Over the Dow
Next →Corporate Earnings Recession Could Plunge the Dow in 2020