By CCN.com: With overseas profits of U.S. companies in decline due to tax changes, a drop in consumer confidence in March, and some Federal Reserve officials showing reluctance towards a cut in its benchmark interest rate, the Dow Jones was expected to open gloomily.

Within minutes of its opening, the Dow Jones jumped by 0.34 percent, bringing its cumulative two-day rally to nearly 400 points. However, it immediately retraced, falling back to 25,632, only to whipsaw back and forth across its previous close. By 12:28 pm ET, the Dow had plunged 140.18 points or 0.55 percent.

While strategists generally believe the progress in the U.S.-China trade deal is priced into the U.S. stock market, the brief recovery of the Dow following reports that the U.S. had narrowed its trade deficit suggests that investors are still anticipating a comprehensive trade deal with China.

Stock Market on Edge as Trump Administration Negotiates with China 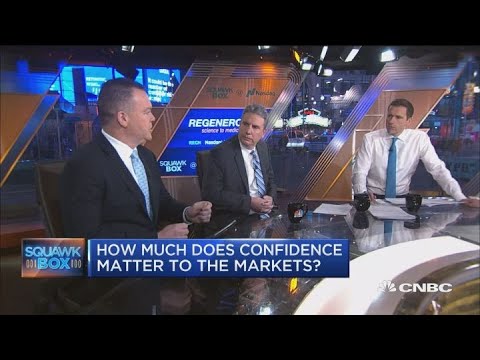 The noticeable decline in the U.S. trade deficit as disclosed by the Commerce Department on Wednesday is a positive indicator of the strategy utilized by the U.S. government in negotiating trade deals, as exports actually increased from December to January by 0.9 percent.

In recent months, the U.S. has been successful in narrowing the gap in trade by ramping up exports and decreasing imports.

But, the Dow Jones and the rest of the U.S. market is far from shrugging off recent performance slumps to engage in a strong rally in the near-term.

The fear regarding the slowdown of the global economy, which is said to have triggered the decline in the Dow last week, still remains intense due to the struggle of the eurozone economy.

According to an FT report, the government of Germany has sold 10-year debt at a negative yield for the first time in the past three years, indicating that investment firms are willing to take short-term losses for stability.

Moreover, product behemoths in the likes of P&G are now forced to pay around 18 to 19 percent of overseas taxes and about $100 million to the U.S. in taxes in addition to that, providing companies such as Unilever an edge over American conglomerates.

While P&G CFO Jon Moeller said in an interview with the Wall Street Journal that the company is better off with the new tax policy in place, it is still at a disadvantage when competing in foreign markets.

“It’s kind of dawning on everybody at about the same time that this is going to be an issue. On the margin, it disincents local job creation. We’re definitely better off [after the tax law.] That is definitely true. But remember. Everyone else is better off, too, including our foreign competitors. What matters in the long term is that relative position,” Moeller said.

The report from the Commerce Department regarding the drop in the trade gap provided the Dow an immediate alleviation of pressure, but in a longer time frame, more stimuli will be needed to sustain the growth of the U.S. market and push the Dow over the 26,000-point mark.

Major positive developments in the U.S.-China trade talks could service as that stimulus which moves the market forward.

Reports indicate that Chinese industrial profits have fallen at its steepest rate since a decade ago, primarily due to the existing geopolitical risk formed due to the ongoing trade war between the U.S. and China.

The slowdown in the domestic market of China may increase the urgency of Chinese negotiators to push for a comprehensive deal by the end of April, a deadline that has been widely mentioned in recent weeks.