The Dow Jones rallied on Monday as Donald Trump delivered a surprise gift to China, bolstering the appetites of stock market bulls.
PHNjcmlwdCBhc3luYyBzcmM9Imh0dHBzOi8vcGFnZWFkMi5nb29nbGVzeW5kaWNhdGlvbi5jb20vcGFnZWFkL2pzL2Fkc2J5Z29vZ2xlLmpzIj48L3NjcmlwdD4KPCEtLSBUb3AgQXJ0aWNsZSBDQ04gLS0+CjxpbnMgY2xhc3M9ImFkc2J5Z29vZ2xlIgogICAgIHN0eWxlPSJkaXNwbGF5OmJsb2NrIgogICAgIGRhdGEtYWQtY2xpZW50PSJjYS1wdWItNjQ3MjA2OTY5MzY1NzE0MyIKICAgICBkYXRhLWFkLXNsb3Q9IjU4NDY0ODIyMjMiCiAgICAgZGF0YS1hZC1mb3JtYXQ9ImF1dG8iCiAgICAgZGF0YS1mdWxsLXdpZHRoLXJlc3BvbnNpdmU9InRydWUiPjwvaW5zPgo8c2NyaXB0PgogICAgIChhZHNieWdvb2dsZSA9IHdpbmRvdy5hZHNieWdvb2dsZSB8fCBbXSkucHVzaCh7fSk7Cjwvc2NyaXB0Pg==

The Dow Jones moved higher to start the week as investors cheered the Trump administration’s decision to remove China from its list of currency manipulators ahead of Wednesday’s “phase one” trade deal signing ceremony.

But among the major US stock market indices, the Dow was the notable laggard. Its bounce was easily eclipsed by a 0.86% move higher in the Nasdaq and a 0.53% move to a new record in the S&P 500.

The commodity sector continued to see risk priced out, and crude oil shed more than 1.4% in the wake of a receding confrontation with Iran.

In line with this, the price of gold dipped 0.7%, while another haven asset – the Japanese yen – shed 0.4% against the US dollar.

These are rough times to be short risk as the Federal Reserve ensures markets are awash with liquidity, but bitcoin managed to hold above $8,000 to start the new trading week.

It seems unlikely that the Dow Jones has failed to completely price in the US-China trade agreement that’s set to be signed on Wednesday.

Yet Trump’s unexpected decision to expunge China from its blacklist of currency manipulators provided a surprise burst of fuel for stock market bulls. 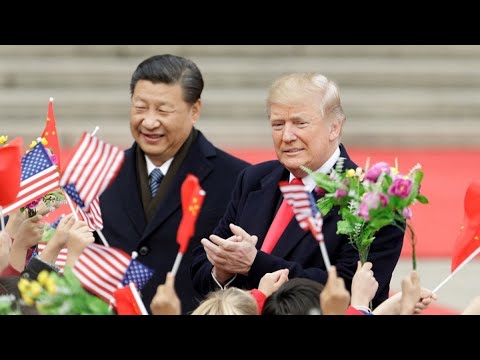 While equity traders may have been taken aback by the de-escalation, FX traders will be well aware that this decision actually has its roots in the exchange rates market.

China’s yuan has been sliding for weeks, with USD/CNH and USD/CNY both sitting at 90-day lows.

This is precisely what President Trump is looking for to help even the playing field for US exports subdued by a strong dollar.

China keeps a very close handle on the yuan, and the White House has attributed the sizable drop in USD/CNY to more than pure market enthusiasm.

The most recent US jobs report was not an inspiring one, but it was just good enough to keep strong momentum in the Dow Jones intact.

Looking ahead to this week’s most important data release, Nordea Asset Management’s Sebastian Galy warned that the trend for a weakening US consumer might continue with a disappointing retail sales print.

[We are] very cautious, especially ahead of retail sales that might come somewhat below expectation and reflect steep discounting.

As a reminder, December 2018 was a poor one, leading to weak expectations going into this Christmas, which then improved significantly, as reflected by the very decent print from Mastercard over the holidays.

We will be watching this week the control group for retail sales relevant to the GDP and the core inflation print likely to come below the 2.3% currently expected…

It was a generally positive day in the Dow Jones, even if it could not match the buoyant Nasdaq.

Boeing stock(NYSE: BA) bounced 0.8% as new CEO David Calhoun took over after the departure of the embattled Denis Muilenburg. Despite recently hitting a record high, more than half of Dow 30 stocks are trading lower in 2020, and Boeing bulls will be encouraged that BA’s decline has steadied. 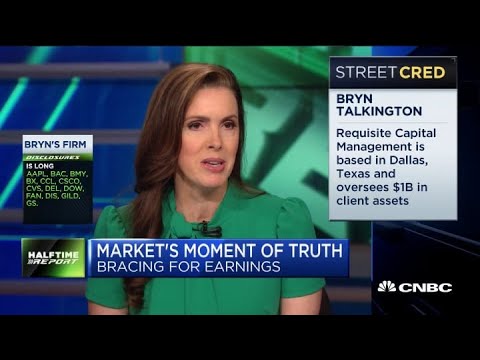 Apple (NASDAQ: AAPL) has been on a beautiful tear over the last few months, and on Monday, the stock rose another 1.3%. Helping lift the market’s spirits were some rumors that the iPhone 12 might utilize 5G technology more effectively than previously thought.

Goldman Sachs (NYSE: GS) was also having a great day after the investment bank indicated its desire to double down on its foray into retail banking with its Marcus product line.

Dow Under Pressure as Pre-Election Jitters Weigh on U.S. Stock Market
No Comments
← PreviousWill Tesla Stock’s Insane Rally Survive the Death of a Brutal Short Squeeze?
Next →The Stock Market Is Gambling the ‘Trump Economy’ Will Do the Impossible