By CCN.com: The Dow Jones exploded toward a spectacular recovery on Tuesday, launching the stock market bellwether more than 300 points higher despite lingering concerns about the U.S.-China trading relationship.

However, one Federal Reserve insider delivered an ominous warning about the state of the global economy that should trigger alarm bells on Wall Street.

The short-term recovery of the Dow Jones has been primarily attributed to the optimism of U.S. President Donald Trump towards a comprehensive trade deal with China after the latest round of trade talks fell apart.

“He just got back from China. We’ll let you know in about three or four weeks whether of not it was successful. … But I have a feeling it’s going to be very successful,” Trump said at a White House dinner, according to Reuters.

However, as said by Federal Reserve Bank of Boston President Eric Rosengren, the breakdown of the most recent round of trade discussions poses a serious threat to the global economy which may negatively affect the near-term trend of the U.S. equities market.

Speaking to the Wall Street Journal, Rosengren stated that despite signs of recovery in the first several months of 2019, the deteriorating relationship between the U.S. and China in regards to trade could cause major disruptions to the economy and the performance of the Dow Jones.

“We do have to be concerned that if we have a more widespread issue with trade and particularly if financial markets react quite negatively to that, it could have the possibility to slow down global growth. It’s way too soon to be able to make that assessment.”

The rising tension between the U.S. and China comes after the eurozone economy recorded a surprising rebound in the first quarter of 2019 after it demonstrated a steep decline in late 2018. 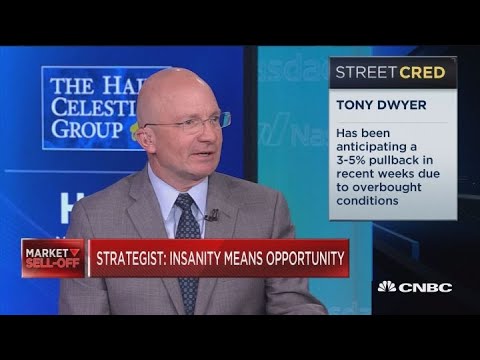 Previously, market strategist Russel Napier warned that if the struggle of the eurozone economy continues, it may cause the collapse of the global monetary system.

“The key consequence of this collapse will be the destruction of the euro. The expected success of the far-right and far-left in the European parliamentary election in May this year augurs the beginning of the end for the currency union. Both extremes share a commitment to the return of sovereignty to their parliaments that is incompatible with a single currency,” Napier wrote in January.

No Interest Rate Raise on the Horizon

One positive takeaway, if there is any, is the reluctance of the Federal Reserve to move its benchmark interest rate from the current level that has buoyed the stock market in recent weeks.

“I’m comfortable with where interest rates are right now. We are obviously in the process of discovering how big a shock we are going to get from the recent announcement of tariffs and the retaliation for the tariffs. We should really focus on the more near term. And for the near term I don’t think we need to alter policy,” Rosengren said.

However, the Federal Reserve may consider dropping the benchmark interest rate if the U.S.-China trade tension worsens in the near-term and if indicators suggest it poses a large risk to the global economy.

President Trump expressed his intent to push for a full deal, even if it ends with the two central banks engaging in an interest rate battle that could spell trouble for the equities market and the Dow Jones.

“China will be pumping money into their system and probably reducing interest rates, as always, in order to make up for the business they are, and will be, losing. If the Federal Reserve ever did a ‘match,’ it would be game over, we win! In any event, China wants a deal!” President Trump said.