By CCN.com: The Dow slumped toward another painful loss on Monday after President Trump shocked Wall Street by threatening to launch an aggressive military assault on Iran.

Investors rushed to the exits after President Trump stunned observers by threatening to “end” Iran if the rogue nation continues to bait the United States and its allies into armed hostilities.

He tweeted on Sunday:

“If Iran wants to fight, that will be the official end of Iran. Never threaten the United States again!”

If Iran wants to fight, that will be the official end of Iran. Never threaten the United States again!

The tweet caught analysts in both Washington and on Wall Street off guard. While National Security Advisor John Bolton had made little attempt to conceal his hawkish stance on Iran, reports had indicated that President Trump was furious that discussions about armed conflict with Iran were happening at all.

However, several Iranian provocations appear to have changed the president’s tune. His tweet came just hours after a rocket hit a building less than half a mile away from the US embassy in Baghdad.

On the other hand, Trump’s aggressive tone could be a bluff meant to bring Iran to the negotiating table, similar to the president’s handling of North Korea ahead of his historic summit with Kim Jong-Un.

Unsurprisingly, Iran’s government used Trump’s threat as an opportunity to seek to unify the divided nation. Iranian Foreign Minister Mohammad Javad Zarif lambasted Trump as an aggressor on par with Alexander the Great and Genghis Khan, accusing him of engaging in economic terrorism and “genocidal taunts.”

Adding further pressure to the Dow and broader stock market, Reuters reports that the US military sailed a warship into the South China Sea, conspicuously close to the Scarborough Shoal on which China has a disputed territorial claim.

Commander Clay Doss, a spokesman for the Seventh Fleet, said that the purpose of the mission was to “challenge excessive maritime claims and preserve access to the waterways as governed by international law.”

The US military has now conducted two operations in the South China Sea in less than a month, much to the ire of Beijing, who now says it is in “no rush” to return to the negotiating table amid escalating trade tensions. 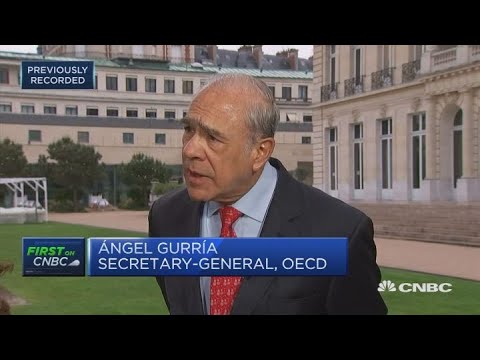 US Treasury Secretary Steven Mnuchin said last week he would plan a trip to China soon, but the South China Morning Post reports that state-run media outlets have signaled that Beijing could put negotiations on ice in response to President Trump’s hardline stance on longstanding disagreements such as forced intellectual property transfer policies.