By CCN.com: The Dow suffered a vicious plunge on Friday after President Trump exposed his shocking plan to impose punitive tariffs on Mexico, a move that stock market analysts warn would “torpedo” the key NAFTA trade agreement and thrust the economy toward a brutal recession.

Stocks careened lower after shellshocked investors grappled with President Trump’s unnerving decision to mire the United States in yet another trade conflict, even as relations with China worsen by the day.

Late Thursday evening, Trump announced that the US would impose a 5% tariff on all Mexican imports, a punitive reaction to the Mexican government’s cavalier stance on illegal border crossings from Mexico into the United States.

Those tariffs will take effect on June 10.

….at which time the Tariffs will be removed. Details from the White House to follow.

The White House later revealed that those duties would steadily increase to as high as 25% if Mexico fails to stem the alleged tide of undocumented immigrants flooding across the US border.

Mexico is a key US trading partner. According to the Office of the US Trade Representative, the US imported $346.5 billion worth of goods from Mexico in 2018, more than any other country – except China.

Analysts warn that the tariffs will particularly hurt US auto companies, many of whom manufacture vehicles in Mexico. US Census Bureau data indicates that vehicles accounted for just under 20% – $68 billion – of all US imports from Mexico in 2018. 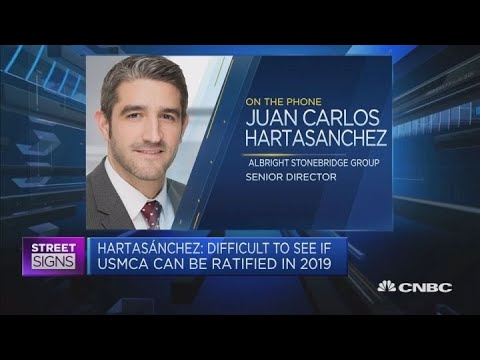 The USMCA, as CCN.com reported, would have given the US economy a $68 billion boost, according to an estimate from the US International Trade Commission. Now, that agreement – which already faced fan uphill ratification fight in all three federal legislatures – could go the way of the US-China trade deal.

William Reinsch, senior advisor and Scholl Chair in international business at the Center for Strategic and International Studies, told CNBC that Trump “will probably end up torpedoing the USMCA agreement” and that Mexico will be “forced to retaliate.”

“This is a misuse of presidential tariff authority and counter to congressional intent,” Republican Senator Chuck Grassley of Iowa said in a statement. “I support nearly every one of President Trump’s immigration policies, but this is not one of them.”

Barring a near-historic recovery, the Dow will stumble toward its sixth straight weekly loss, raising serious questions about the health of the economy and the strength of the stock market’s recovery in 2019. As of Thursday’s close, the DJIA had lost 416.81 points or 1.6% during the holiday-shortened trading week.

Friday’s stock market downturn also wraps a fitting bow on a brutal month on Wall Street. Heading into May’s final trading session, the Dow had slipped 5.6% this month. The index had not suffered a monthly loss in May since 2012.