By CCN.com: A suddenly-bullish Dow nervously crept higher on Thursday, as a toxic cocktail of domestic and international risk factors threatened to derail the stock market’s latest rally.

But while Trump’s trade wars with China and Mexico dominate the headlines, there’s another threat simmering beneath the surface: Nancy Pelosi’s scheme to put the president in a prison cell.

Stocks continued their early-June rally, even as President Trump launched rhetorical missiles at both China and Mexico.

This morning, he told reporters that he would be comfortable heaping even more tariff hikes on Chinese imports if the two countries fail to reach a trade deal soon. How much more? Up to $300 billion, adding to the $200 billion in duties that took effect last month.

….talks with Mexico will resume tomorrow with the understanding that, if no agreement is reached, Tariffs at the 5% level will begin on Monday, with monthly increases as per schedule. The higher the Tariffs go, the higher the number of companies that will move back to the USA!

That shocking comment added fuel to an already-raging fire. Late Wednesday evening, Trump complained that the US and Mexico had made “not nearly enough” progress in their border security negotiations. Consequently, he warned, the blanket 5% tariff on Mexican imports would take effect on Monday, June 10.

According to Politico, Pelosi met with senior Democrats on Tuesday to quell the rumbling demands for impeachment while also assuring them that she despises Trump just as much as they do.

This sequence of events is important. Many analysts believe that an impeachment inquiry would actually help President Trump heading into an election year. There are two reasons for this. 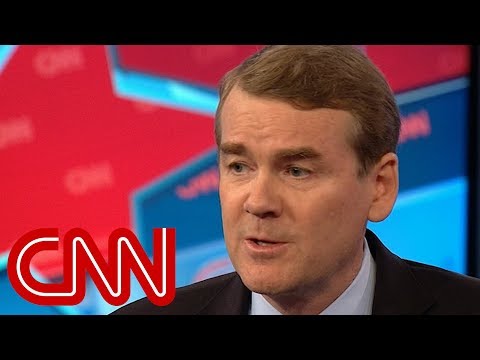 First, an impeachment inquiry would allow Trump to cast himself as the persecuted victim. That could help him galvanize support ahead of the 2020 presidential election.

Second, the Democrats simply do not have the votes. That’s obviously true in the Senate, where a two-thirds majority (67 votes) is required to convict the president and remove him from office. Republicans hold a 53-47 seat majority.

But it’s also unlikely that the impeachment proceedings would ever reach the Senate. The House of Representatives must first impeach Trump. This only requires a simple majority, and the Democrats hold a 235-199 edge in the House. However, according to the New York Times, only 59 House Democrats have affirmed their support for impeachment, making an impeachment inquiry a clear longshot.

A failed impeachment push would embarrass Democrats, dampen enthusiasm among hardcore progressives, and – perhaps most significantly – allow Trump to declare victory. Which we all know he loves to do.

So what exactly does this have to do with the stock market? Very little – right now.

However, over the long run, the success – or failure – of Pelosi’s impeachment gambit will weigh heavily on what will inevitably be a hotly-contested presidential election.

That election, analysts say, could prove crucial in determining whether the decade-long bull runs of the Dow, S&P 500, and Nasdaq can extend further, particularly if the market-friendly Trump faces off against a Wall Street critic like Bernie Sanders.