On April 1, the Dow Jones demonstrated a strong short-term recovery with a 1.27 percent increase within hours, crossing the 26,000-point mark and achieving 26,258 points for the first time since October 2018.

While investors oversold stocks in December, throughout January and February, investors were lured back into the market out of fear of missing out, or FOMO, as the U.S. equities market began to regain its momentum.

With even the Federal Reserve’s most pro-high interest rate officials in the likes of Minneapolis Fed president Neel Kashkari arguing that it is not the time to cut its benchmark interest rate nor increase it, the expectations of investors towards the near-term performance of the Dow Jones remain positive.

According to Spectrum Management Group managing principal Leslie Thompson, the fear of missing out and the reluctance of the Fed towards increasing the interest rate have significantly reduced the probability of the Dow retesting December levels.

“There is that fear of missing out, which along with a tempered Fed creates the belief that we’re not going to be retesting those December lows,” Thompson said.

The projection of Thompson comes after Minneapolis Fed president Neel Kashkari said that it “doesn’t make sense” to increase the benchmark interest rate in the foreseeable future due to various risks including the slowdown of the global economy.

The lack of appetite of the Fed to raise rates will provide stability to the U.S. equities market and if fundamental factors remain strong in the weeks to come such as wage growth and consumer confidence, the Dow is set for a full revival in the second quarter of 2019.

Some of the risks have shifted to the downside, so pausing to get more information, to see if this really is an economic slowdown or if it’s just a blip, I think that’s the right move. My underlying thesis for why it doesn’t make sense to raise rates continues. But I think economic weakness has caused the rest of the [Fed’s rate-setting] committee to say it’s an appropriate time to pause, and I support that.

The Fed official further emphasized that if the job market slows, which remains highly likely given its performance in recent months, the Fed could consider cutting its rate in the future. 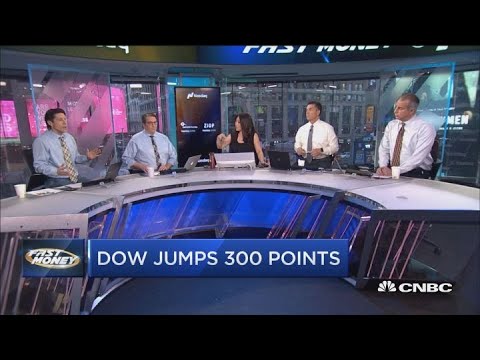 By recovering to October levels, it has already fully recovered from the December slip during which it nearly reached bear market levels at 21,792 points.

Family Offices are Going in Stocks Affected by Trade war

Throughout the past year, manufacturing and technology companies in the likes of Ford and Tesla have been heavily affected by the U.S.-China trade war.

But, as the trade talks between the two economic behemoths have come to their latter stages, investors have become more compelled to invest in the companies that faced a downturn as a result of the intensifying geopolitical risk.

A New York-based family investment office manager Ed Leventhal told the WSJ that he has been acquiring stocks affected by the trade war, expecting a comprehensive deal to be secured soon.

“There’s no question we’re going to get some resolution to this. There’s reason to believe that the U.S. economy will continue to do well,” Leventhal said.

Not all strategists are convinced, however, due to the risk of an economic downturn fueled by the declining eurozone economy and the UK’s inability to secure a proper Brexit deal.

USAA Asset Management Co. portfolio manager Lance Humphrey said that U.S. stocks are likely overvalued at this stage and it remains uncertain whether retail investors will continue to invest in the equities market with luring possibility of the U.S economy decelerating in the coming months.