DOW SLAMS ON THE BRAKES

By the middle of the day, the Dow Jones Industrial Average had given up most of its 200-point gain. The blue-chip index is currently up 74.42 points, or 0.29%, at 25,500.18. It opened with a triple-digit gain following a strong pre-market showing for Dow futures.

Investors are keeping close tabs on trade negotiations between the United States and China and the latest push for a new budget deal on Capitol Hill. Currently, there is optimism on both fronts.

Negotiations on trade and the budget deal could influence volatility in the next 48 hours. The CBOE Volatility Index, also known as the VIX, bounced off four-month lows Wednesday but is still well below the historic average.

Saudi Arabia is planning even bigger cuts to its energy production in the latest effort to rebalance an oversupplied market and stabilize prices. 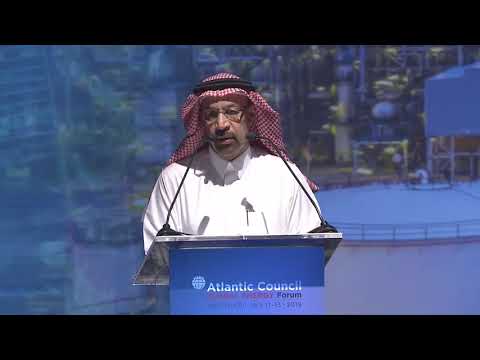 The Saudi-led Organization of the Petroleum Exporting Countries (OPEC) reached a deal with Russia in December to slash output levels in the new year. The announcement, while initially shrugged off by traders, helped engineer a sizable recovery in oil prices through January. International benchmark Brent crude is currently valued at roughly $64 a barrel, still well below what the Saudis need to balance their budget.

According to the International Monetary Fund (IMF), Riyadh requires an oil price of $80-$85 a barrel to balance its lofty budget, which includes increased spending on social services and a cocktail of new stimulus measures.

The U.S. shale boom that began in 2005 has made it more difficult for Saudi Arabia and its allies to serve as market arbiters. Case in point: any noticeable increase in the price of oil resulting from OPEC’s policies merely enables cost-effective U.S. producers to ramp up production once again. Barring any unforeseen supply disruption from key producer states, Saudi Arabia’s latest production cut is unlikely to foster a sustained rally in prices.